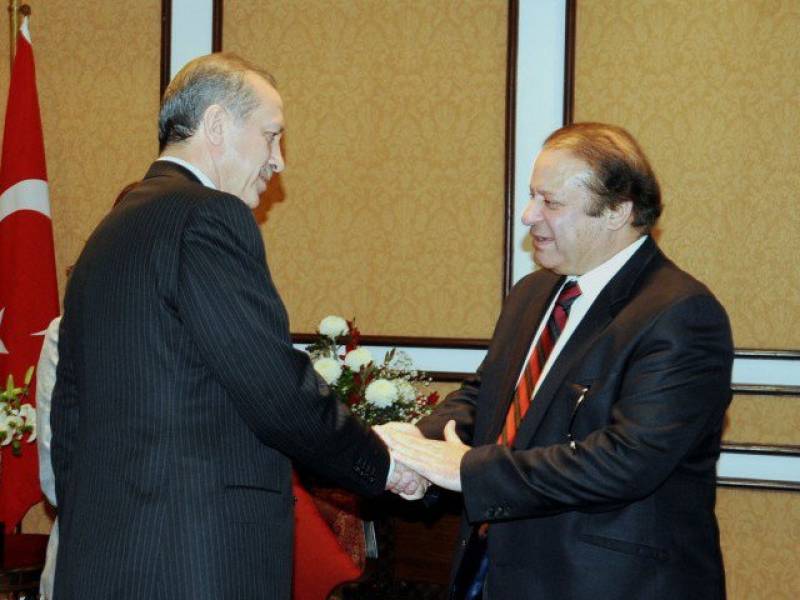 The Prime Minister was received at the Ankara airport by Turkish Minister for Environment and Urbanization.

The Prime Minister during his visit would meet Turkish Prime Minister Ahmet Davutoglu and President Recep Tayyip Erdogan. He would be consulting the Turkish leaders on the current crisis in the Middle East.

The Prime Minister in a statement prior to his departure from Islamabad said that Pakistan believes in peaceful resolution of the crisis and wishes unity among the Muslim Ummah.