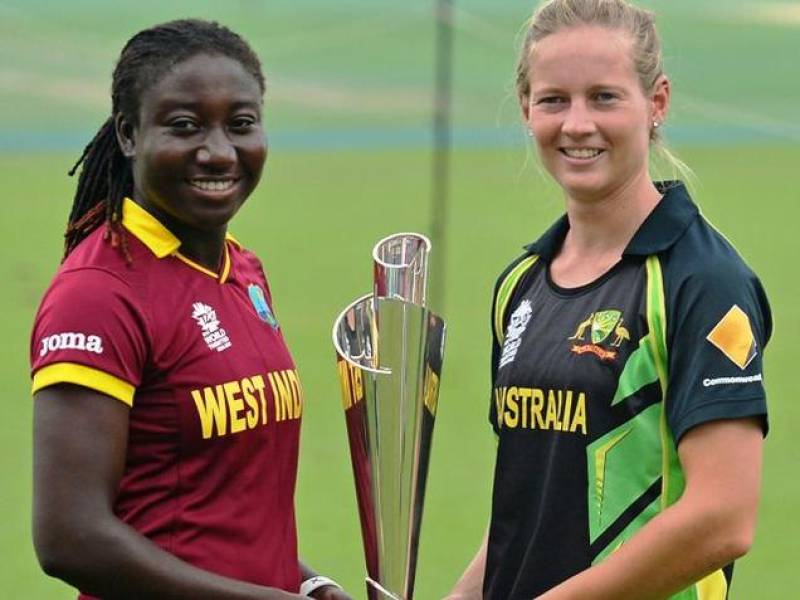 KOLKATA (Web Desk) - West Indies won the Women's World Twenty20 for the first time with an eight-wicket win over Australia in the Women World T20 championship on Sunday at Eden Gardens, Kolkata.

Australia, seeking a fourth successive world T20 title, chose to bat and made 148-5, with Elyse Villani making the first half century in a final.

But 18-year-old Windies opener Hayley Matthews hit a stunning 66 off 45 balls with three sixes, in a stand of 120.

The Windies won with three balls to spare and will hope for a T20 double in the men's final with England later.

The West Indies women team who are on a roll will be meeting the defending champions Australia in the final.

It will be a familiar territory for Australia, entering the finals for the fourth time in succession, while for West Indies women the stage is a new territory.

Australia has won the World T20 championships three times while England won the inaugural edition in 2009.

The only time both sides have met in the final of a global event was at the 2013 World Cup in Mumbai, where Australia was the runaway winners, by 114 runs.

Australia are unbeaten in T20Is against West Indies, with their head-to-head record an impressive 8-0.