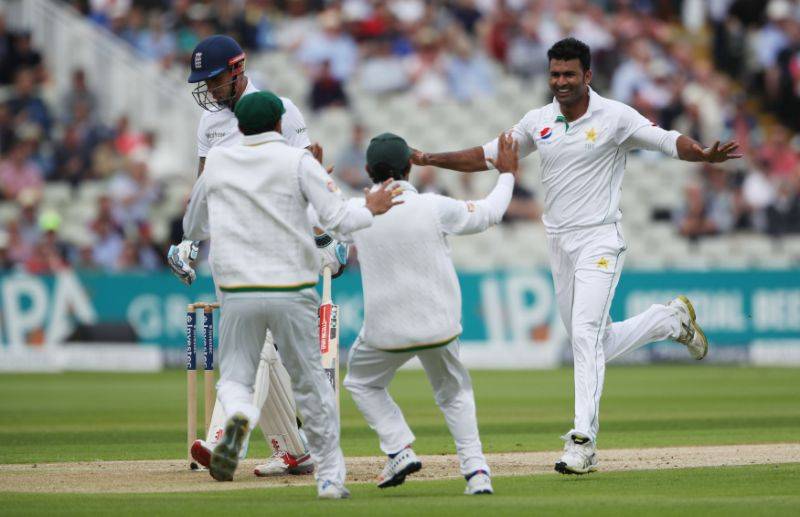 BIRMINGHAM - After suffering an embarrassing defeat in the previous contest, Pakistan came back on the first day of the 3rd Test match against England, which began in Birmingham today, ripping through the hosts before lunch.

The English side was reeling at 100/3 before lunch after a superb spell by pacer Sohail Khan, who replaced the lackluster Wahab Riaz to make his first appearance of the series. But they staged a minor comeback before lunch, after initially struggling at 75/3.

He bagged the wicket of Hales on 17 runs, after the opener nicked an outswinging delivery to keeper Sarfraz. He later dismissed danger man Joe Root, who was caught in the slips by Hafeez, with a similar line and length.

Soon after, English skipper Alastair Cook was dismissed by Rahat Ali with a ball that cut back and hit him plumb on the pads for a clear leg-before-wicket decision.