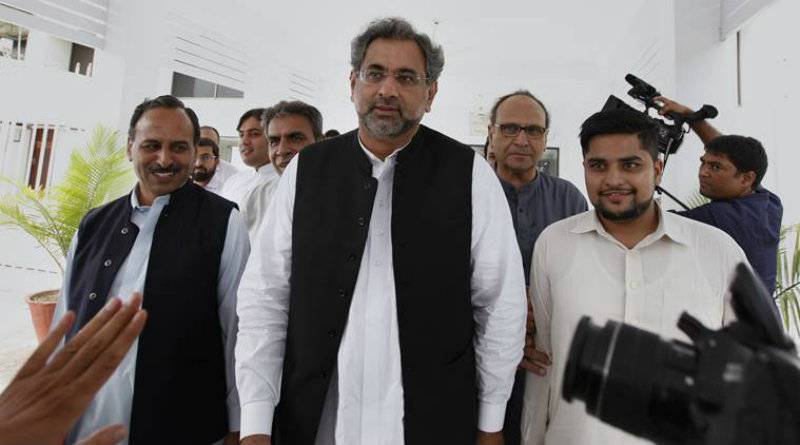 Earlier, the oath-taking ceremony of the new federal cabinet was scheduled on Wednesday but it was delayed after Pakistan Muslim League-Nawaz (PML-N) failed to decide the nominees for ministerial portfolios.

ISLAMABAD: The oath-taking ceremony of the new federal cabinet on Wednesday has been delayed after Pakistan Muslim ...

PM Abbasi in a press conference on Wednesday said that the government’s incoming cabinet would take oath in a couple of days.

“Consultations are underway and the cabinet will hopefully take oath in one to two days,” Abbasi said while speaking to journalists in Murree, following a high-level PML-N meeting chaired by ousted prime minister Nawaz Sharif.

Some reports doing circles in media that the federal cabinet will be extended by adding five more members in it.