At least 20 dead in strikes on Yemen's Hodeida: medics 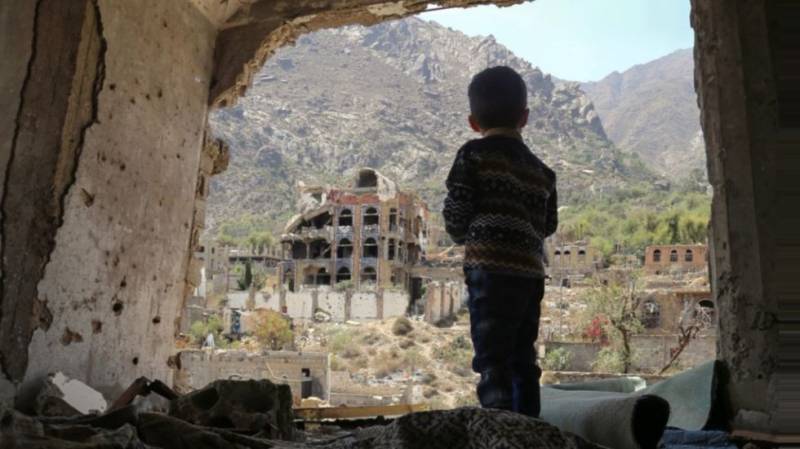 ADEN - At least 20 people were killed Thursday in an air strike at the entrance to a hospital and the bombardment of a fish market in Yemen's rebel-held port city Hodeida, medics and witnesses said.

"The number of people killed in the two attacks has reached 20," a doctor in the Red Sea city told AFP, with other medical sources putting the number of wounded admitted to hospital at 60.

Yemeni government forces backed by a Saudi-led coalition have been conducting an offensive to capture Hodeida from Iran-backed Huthi rebels, but announced last month they were pausing the assault to give UN mediation efforts a chance.

Strikes have picked up again around Hodeida since the Saudis last week said that two oil tankers operated by one of the kingdom's companies were attacked in the waters of the Red Sea.

Rebel-run media outlets accused the Saudi-led coalition of carrying out the two attacks Thursday, but there was no immediate response from the alliance headed by Riyadh.

The air raid hit at the entrance to Hodeida's main Al-Thawra hospital, one of the busiest medical facilities in conflict-wracked Yemen.

The pro-Huthi Al-Masirah television channel put the death toll from that strike alone at "30 dead" and launched an appeal for blood donations.

The International Committee of the Red Cross (ICRC) in Yemen said it was "sending surgical material enough to treat 50 severely wounded people to the (ICRC) supported Al-Thawra Hospital in Hodeida after vicinity targeted".

On June 13, Saudi Arabia and its allies in a pro-government coalition launched a major offensive to retake Hodeida, through which 70 percent of Yemen's food imports flow.

The fighting around Hodeida has raised UN fears of a new humanitarian catastrophe in a country already standing at the brink of famine and gripped by a deadly cholera epidemic.

The United Arab Emirates, part of a Saudi-led coalition backing the Yemeni government, said on July 1 that it had suspended an offensive to take the port city to allow time for UN peace efforts.

The Yemeni authorities and their backers are demanding that the Huthis withdraw from Hodeida and that the government retakes control.

UN envoy to Yemen Martin Griffiths has been pushing for a deal which envisions the rebels ceding control of Hodeida port to a UN-supervised committee.

Saudi Arabia and its allies joined Yemeni President Abedrabbo Mansour Hadi's fight against the Huthis in 2015.

Yemen's war has killed nearly 10,000 people and triggered what the UN calls the world's largest single humanitarian crisis, with more than eight million Yemenis at risk of starvation.