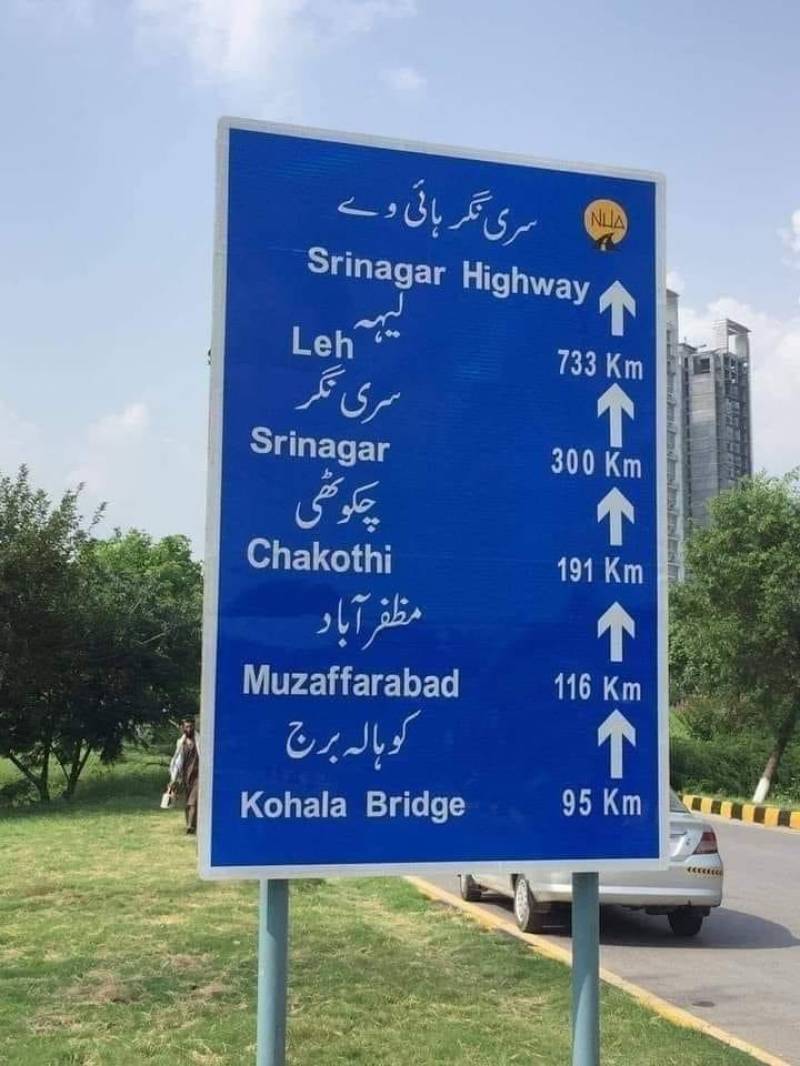 ISLAMABAD - Pakistan has renamed the Kashmir Highway as Srinagar Highway in the Federal Capital ahead of Youm-e-Istehsal.

The highway will be officially inaugurated on August 5.

All the direction boards have also been changed with the Srinagar Highway name.