'SALUTE' to release today: In memory of martyred Aitzaz Hassan, who saved 2000 children from a terrorist attack in his ... 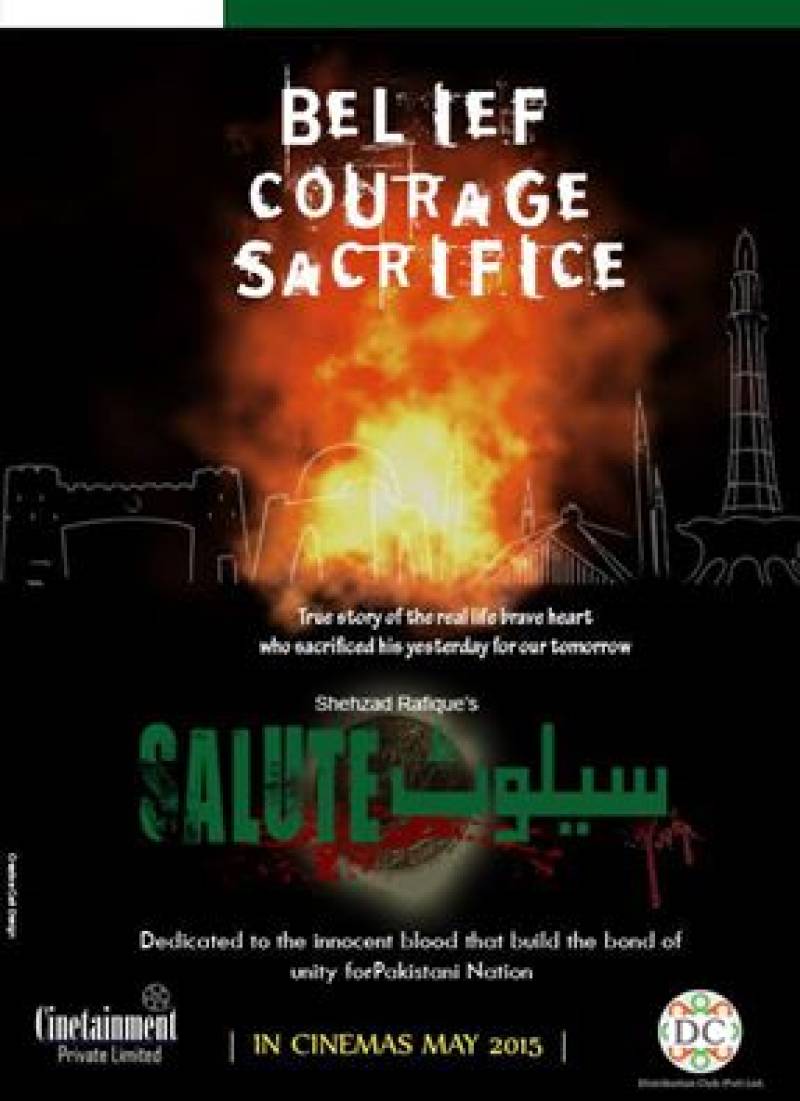 Salute will be releasing today, and it has been made to honour the sacrific of martyred Aitzaz Hassan, who saved approximately 2000 kids in his school by sacrificing his life and stopping a terrorist from entering his school boundaries.

The movie, in theory, relates to the belongings of Aitzaz Hassan, and will narrate his story.

The film is being produced under the banner of Shahzad Rafique, who has directed and produced it, both.

Saima Noor will also be seen on screen after a very long time, however, she is working on alot of upcoming projects which are to release soon.

The movie has been shot in Azad Kashmir, according to reports.

The movie will honour the 1st death anniversary of Aitzaz Hassan, who succumbed to his injuries on 2nd December, 2015.

Time to awaken the strength within you and see the sacrifices being made for our country to be one again.

We wish the whole team of 'SALUTE' great luck, love and respect.