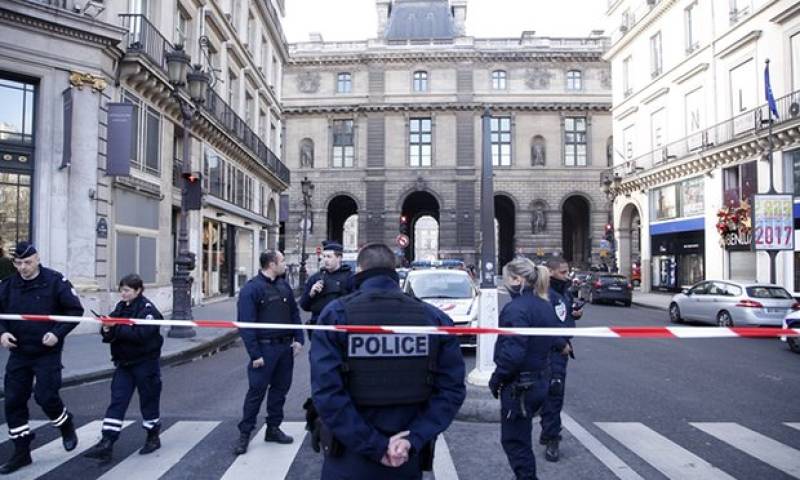 PARIS - A French soldier on Friday opened fire on a man, who reportedly tried to attack with knife on soldiers patrolling the area.

The man reportedly shouting "Allahu Akbar" tried to attack the soldier and was seriously injured when the soldier responded.

The attacker is said to have been trying to enter the underground shop of museum.

The incident took place in the Carousel du Louvre, a commercial underground shopping centre near the entrance to the Louvre, which is one of the world’s most-visited museums.

One soldier was slightly wounded in the attack and another soldier opened fire. The man was wounded, but he was still alive.