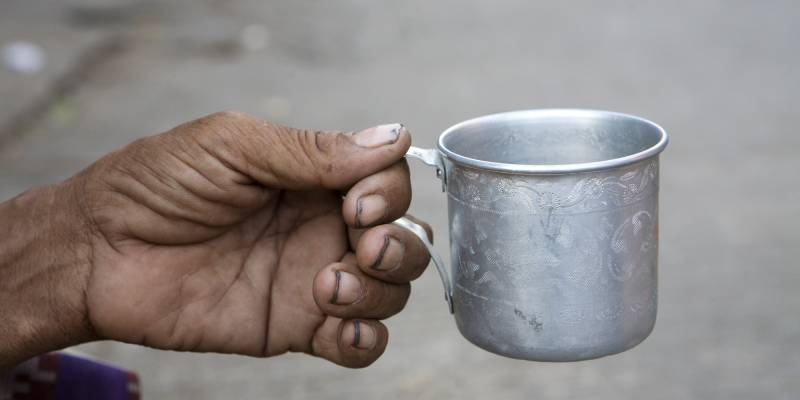 Dear Ms Anon Advice,
I'm writing to you like a guilty man confessing in a confession box. But I know life is not that easy. I can't get away with simply confessing to a stranger.
I've committed a sin, but I've stopped mid-way. However I'm still stuck as to what to do now, because I want this off my hands; I want to undo this mistake.
OK, so here's what happened. I lied to people that I'm collecting money for charity. There was no truth to any of this, I was merely testing a personal hypothesis. I just wanted to find out that if I approached people with a can in my hand and asked for donations for charity, how successful would it be. No one asked many questions, they just started pouring in ten, fifty, hundred even thousand rupee notes, some in a rush to help without much investigation, others in a rush to get rid of me.
Now the thing is, after a while the amount started becoming a little too large, and then my intentions started being contaminated by greed. I gathered as much as I could over a week, and then I spent it. I spent it, almost all, and now I'm in extreme turmoil. I don't know what to do. This is cheating and stealing. How do I fix this, without anyone finding out what I've done!? I don't want anyone finding out how I've messed up but I want to fix this too. Please help me.
Anxiously waiting for a creative solution,
Contaminated Intentions
Dear Contaminated Intentions,
We believe the first step toward repentance or correction is the realization and acknowledgment that you're in the wrong. What you did was low indeed, but the fact that you almost immediately feel regret upon your actions, speaks volumes about how this was nothing but a mishap which isn't your norm.
I'd recommend either of the following two ways to get this burden off your chest. One way is to silently and secretly leave money in these people's homes or books, depending on who they all were, whether you have access to their bags, books, homes etc. However not only will that take forever and seem suspicious beyond belief, you probably also don't have a fool-proof way to track everyone down, along with their exact amounts of donation, unless you'd been taking notes.
This brings us to a simpler solution, which serves the original purpose as well. You need to give away that exact amount which you raised to charity. Not a penny less. So given that you've spent some or most of the funds you gathered, you need to refurbish that amount, and donate it. If you can't immediately raise all the amount, you're still lucky because you can give away to charity that total amount in installments as and when possible. But in this case, I'd strongly advise to get this done in full, at your urgent soonest, because chances are that if you pay in installments, you might slip up after a few installments.
Don't ever forget that this was an experiment gone wrong, nothing more, and that repeat offenses such as this will only be detrimental for you and your life.
All the best!

Anon Advice: I cheated on my wife