Imran hits out at Punjab police for allegedly manhandling his nephews 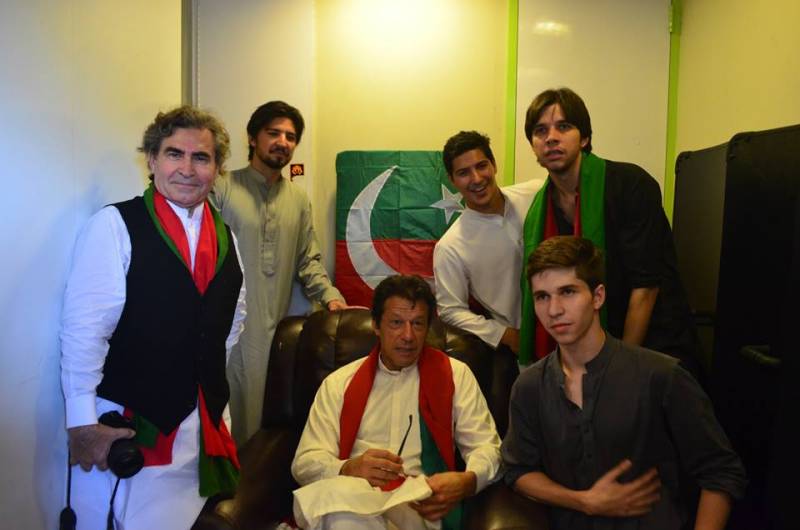 LAHORE (Staff Report) - Pakistan Tehreek-i-Insaaf Chairman Imran Khan has lashed out at the Punjab police on social media for the alleged manhandling of his nephews, saying "Punjab government is using its police for political victmisation".

A furious Khan took to Twitter to express his rage against the Punjab police and government.

Tweeting his outrage, Khan claimed his nephews were manhandled because of their relationship with the PTI chairman. Terming the police as 'Gullu', Khan added the arrest of his nephews was a set-up, as the media immediately arrived at the scene.

In defense of his nephews, Khan categorically refuted the claim that the boys would have used his (Khan's) name to bail out of the situation.

Meanwhile, a video has appeared on social media in which the police and traffic warden can be seen manhandling two young men, allegedly the PTI charman's nephews.

Khan’s two nephews were booked in a case and arrested for misbehaving with a traffic warden over seat belt issue in Lahore. However, the court granted bail to the boys the next day.