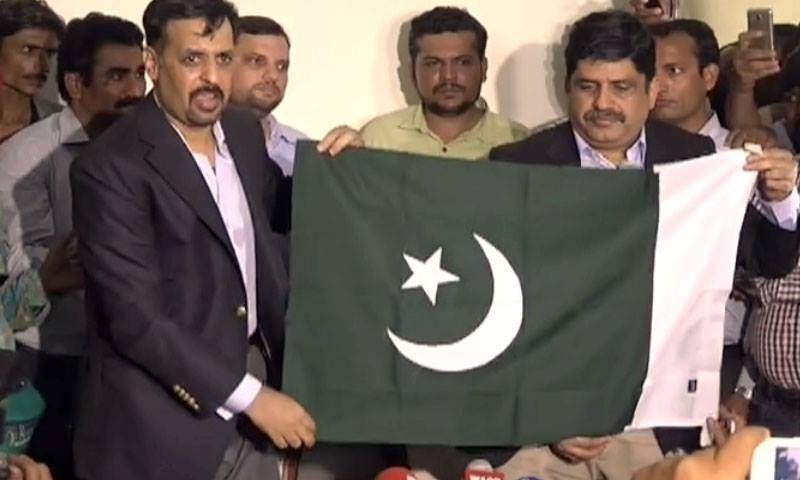 KARACHI (Staff Report) - After a dramatic return to the city, former mayor of Karachi Mustafa Kamal has announced the formation of a new political party, which he said is yet to be named.

During a two-hour long press conference on Thursday, the former MQM leader raised a Pakistani flag and said it is the official emblem of his newly launched organisation.

"Today we are laying the foundation of an organisation, you may call it a party. We are just two individuals, myself and Anees Qaimkhani."

The former mayor belonged to the Muttahida Qaumi Movement (MQM) before he suddenly left the country in Aug 2013. The statement announcing his press conference had not made any mention of the MQM, with the press conference held at a private residence address in DHA Phase V as the venue.

After his departure, the MQM asked him to quit his senate seat.

The former Karachi nazim, who was elected to the upper house of parliament in 2011, was reportedly working for a construction company in Dubai, and remained in touch with some senior MQM leaders.

The MQM has maintained silence over Kamal's departure from the party. In an interview with Geo last year, MQM supremo Altaf Hussain remained diplomatic when asked about his ties with the former mayor.

Anees Qaimkhani's name had recently surfaced in a joint investigation team report into the Baldia factory fire case that claimed the lives of 259 workers and caused injuries to 50 labourers in Karachi in 2012.