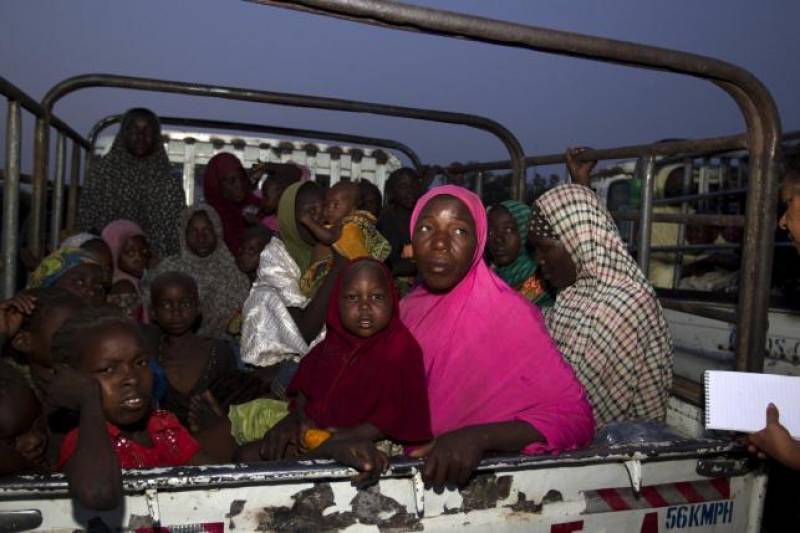 ABUJA (Web Desk/Agencies) - Nigeria's military is confident it has Boko Haram cornered, but a final push to clear the Islamist militants from their forest hideouts is being hampered by landmines, it said on Saturday.

“Everywhere they have their havens, they have mined it all around," Major General Chris Olukolade, spokesman for Nigeria's defence headquarters, told a foreign news agency in an interview.

Boko Haram grabbed a swathe of Nigeria's northeast bigger than Belgium in 2014 and caused a global outcry when it abducted over 200 schoolgirls from the town of Chibok.

A counter-attack was launched in January after a six-year insurgency that killed thousands and forced more than 1.5 million people from their homes -- too late to save the presidency of Goodluck Jonathan who lost a March election to Muhammadu Buhari who vowed to get tougher on Boko Haram.

The Nigerian army says Boko Haram has now been pushed into the vast Sambisa forest in eastern Borno state. The group has made no public comment since its last audio clip, in early March, a pledge of allegiance to the Islamic State group that has seized swathes of Syria and Iraq.

The militant group was not available for comment. It communicates erratically via hard to verify videos posted online or sent to a few journalists.

Nigeria launched a ground offensive into Sambisa last month following aerial bombardments and says over 13 Boko Haram camps have since been dismantled.

"The Sambisa forest is another place that is seriously mined ... A major obstacle to the move,” Olukolade said.

“By intelligence reports, we have many more (militant camps) and they must be destroyed.”

Boko Haram has been pushed back before but Olukolade said he hoped the military would be able to hold its gains through aggressive patrols and now that neighbours Cameroon, Niger and Chad were combatting the militants.

“This tendency to escape into safe havens out of Nigeria is becoming very remote. The likelihood of them surviving this assault and coming back is low,” Olukolade said.

Unlike in recent months when troops from Niger and Chad were operating inside Nigeria to help the counter-insurgency, Olukolade said there was no significant presence of foreign soldiers on Nigerian soil any more and only the Nigerian military was involved in the Sambisa offensive.

Over the last week, the army has freed three sets of women and children, numbering over 500, who were being held in the Sambisa forest. Amnesty International said last month that around 2,000 women and girls had been captured and forced to be sex slaves, fighters and cooks or had been executed.

Olukolade said some of the captives had not been fully identified, giving rise to hope that some of the still-missing Chibok girls may be among them. Amnesty called on Nigeria not to exacerbate abductees' trauma by holding them too long.

“We are screening them to make sure they are not combatants, to extract intelligence,” Olukolade said.

Meanwhile, the fate of Boko Haram’s leader Abubakar Shekau remains unknown. Nigeria has claimed to have killed him several times and Chad said it knew his location in early March.

But Shekau, or a man claiming to be him, last appeared in a video in January when Boko Haram claimed a major attack on the town of Baga and threatened Nigeria's neighbours.

Olukolade said hunting for Shekau was "not the major element" of Nigeria's collaboration with Chad, which retook Baga from Boko Haram.

"The sensational idea of looking out for one individual should not distract us or hold us down."