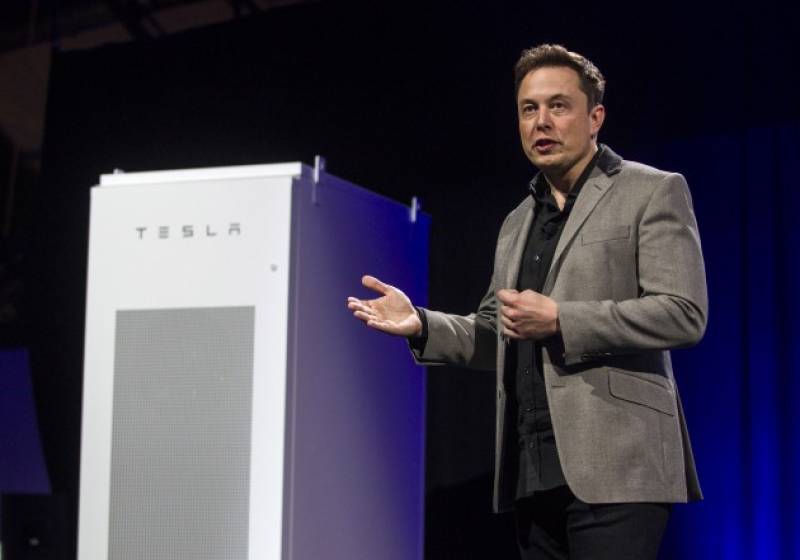 SAN CARLOS (Web Desk) - US electric carmaker Tesla Motors has unveiled batteries that can power homes and businesses as it attempts to expand beyond its vehicle business.

Chief executive Elon Musk announced the firm would build batteries that store solar energy and serve as a back-up system for consumers during blackouts. 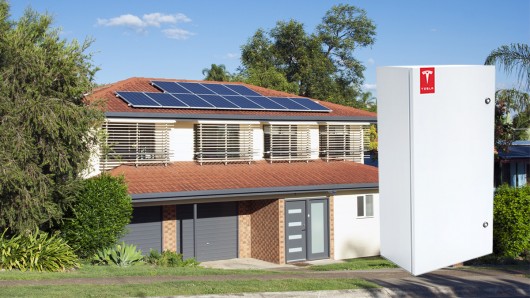 The device would allow consumers to get off a power grid or bring energy to remote areas that are not on a grid.

Tesla plans to start shipping the units to installers in the US by this summer.

In a highly anticipated event near Los Angeles, Mr Musk said the move could help change the "entire energy infrastructure of the world".

"Tesla Energy is a critical step in this mission to enable zero emission power generation," the company said in a statement.

The rechargeable lithium-ion battery unit would be built using the same batteries Tesla produces for its electric vehicles, analysts said. 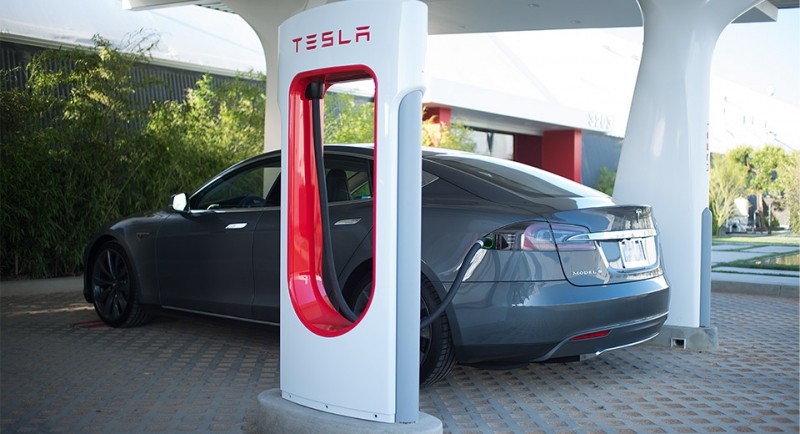 Energy comparison firm USwitch estimates that one kWh can power two days of work on a laptop, a full washing machine cycle or be used to boil a kettle 10 times.

Mr Musk said the company would partner with SolarCity to install the home batteries, but there would be more companies announced.

Tesla's move into so-called "stationary storage" is a market with enormous growth potential: as the world slowly moves away from fossil fuels, it is seen as critical to a more widespread adoption of "clean" energy sources like solar and wind.

There is also a strong commercial rationale for Elon Musk to leverage Tesla's expertise in building highly-efficient car batteries and put them in a single unit in consumers' residences.

The business strategy is a bit like the battery itself: high impact, but a slow release which will really only reap significant benefits over time. But it comes with risks. Tesla may face a challenge getting the cost-saving message across to potential customers, especially with a significant $3,500 upfront cost.

The carmaker also faces competition from battery-storage technology rivals with deep pockets such as GE (General Electric) and South Korea's top chemical company, LG Chem. There is also a danger that this particular lithium ion battery could be superseded within a few years by other technology, like hydrogen fuel cells, which Tesla is not equipped to make.

Still, these are risks Tesla is clearly prepared to take on. Its cars have won rave reviews, but precious few sales outside its California heartland. With a $5bn gigafactory not due to open until 2017, and only a single Tesla vehicle available to buy today, diversification of its product line into an area like this will be key to keeping investors happy.

The sales of battery storage systems for homes and businesses could yield as much as $4.5bn in revenue for Tesla, according to Deutsche Bank.

The automaker reported fourth quarter earnings that missed market expectations in February, as it saw a loss of $107.6m on production and delivery issues.

Friends of the Earth's renewable energy campaigner Alasdair Cameron said having solar panels and a home battery in the future could become as common as central heating.

"Just as the internet changed the way we use information so renewable sources, like wind and solar, are changing the way we make and use energy - and electricity storage is an important part of that change," he said.

"Cheaper and more efficient energy storage means individuals and businesses could save renewable energy until they need it, hugely reducing the need for climate-changing fossil fuels."