Wahab, Shakib fined for ‘pointing fingers’ at each other 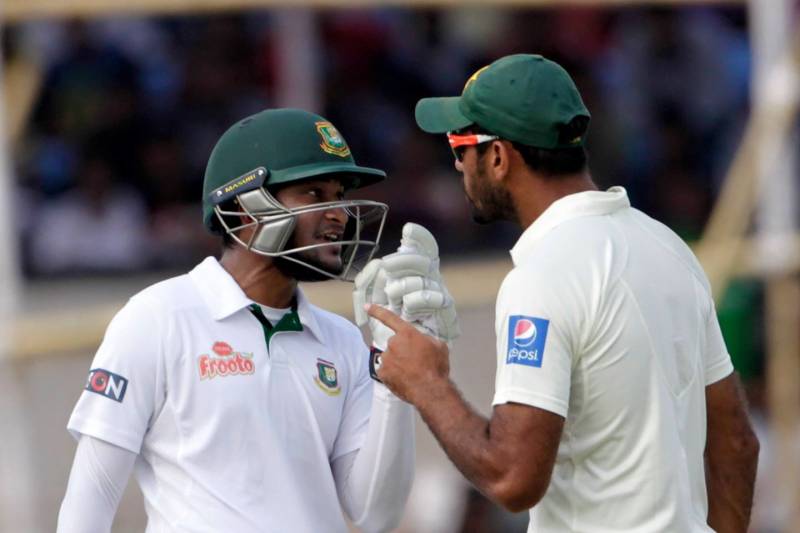 DHAKA (Web Desk) - Bangladesh star batsman Shakib al-Hasan and Pakistani pacer Wahab Raiz have been fined for pointing fingers and firing verbal volleys at each other during first Test match.

According to details, both have to pay 50 percent of the match fee for sowing their aggression against each other in last day of the match.

Match referee suggested 50 percent fin on both players. Left-arm fast-bowler Wahab Riaz and Bangladesh batsman Shakib al-Hasan were seen pointing fingers and firing verbal volleys at each other during the 118th over.

Wahab and Shakib were involved in a word fight and Misbah had to jump in to save the day. Misbah was later seen talking to the umpire Ranmore Matinesz in order to ease the tension.

The batsman said that Wahab was trying to make patches on the pitch so Pakistani bowlers can take advantage of that.