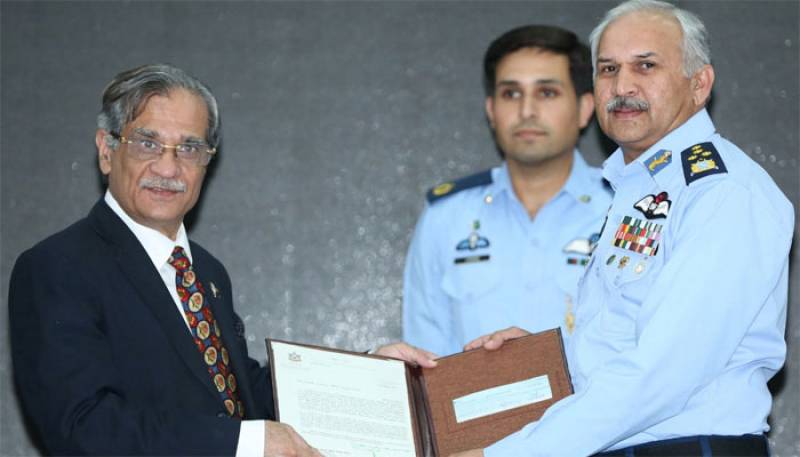 Air Chief Marshal Mujahid Anwar Khan acknowledged the landmark initiative by Supreme Court of Pakistan for construction of dams in Pakistan and handed over a cheque of over Rs 100 million on behalf of all ranks of Pakistan Air Force (PAF) as a donation to the fund.

While speaking at the occasion, the Air Chief reiterated the resolve that alongside defending the aerial frontiers of Pakistan, PAF would also continue to contribute towards nation building.

The Chief Justice thanked the Air Chief for the kind gesture and also lauded the sound professionalism of PAF personnel.

Later the Chief Justice delivered a lecture to PAF personnel.