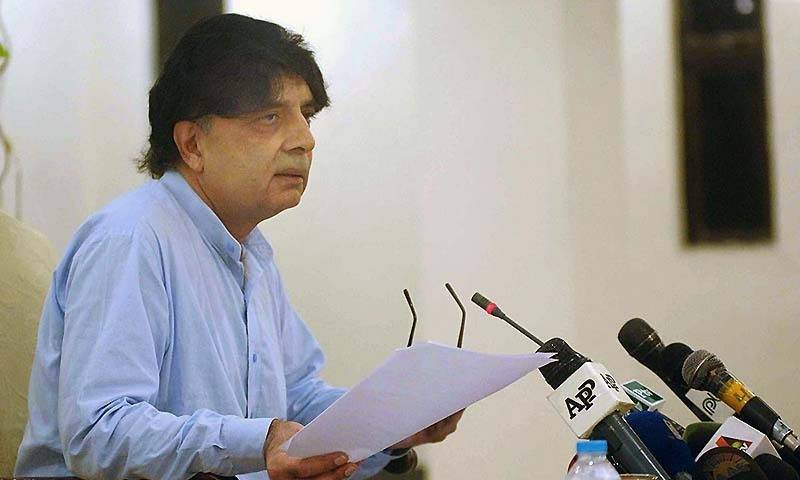 MARDAN (Web Desk) - Interior Minister Chaudhry Nisar Ali Khan has reiterated that the warfare against terrorism is in fact war of survival of the country's future and politicizing the issue would amount to playing with its future.

Addressing a news conference in Mardan on Saturday, he stressed the need for national unity to overcome terrorist activities in any part of the country in future.

He said now some remnants of the terrorists are hitting soft targets.

The Minister stated that terrorists are inhuman as they are shooting down innocent people.

Chaudhry Nisar Ali Khan said a committee will be established at federal, level to suggest ways and means for the welfare of those who have suffered in terrorist acts.

To a query, he said the federal government was sharing intelligence reports with Khyber Pakhtunkhwa and Sindh governments to thwart the purposes of terrorists.

The Interior Minister said despite terrorism, people of Khyber Pakhtunkhwa are steadfast and ready for rendering any sacrifice.

To a query, he said suicide bombers who were voted out by security forces in Christian Colony Peshawar were foreigners.

Chaudhry Nisar Ali Khan lauded the sacrifices of the people of FATA in the warfare against terrorism and said FATA will be made abode of serenity on a permanent foundation.