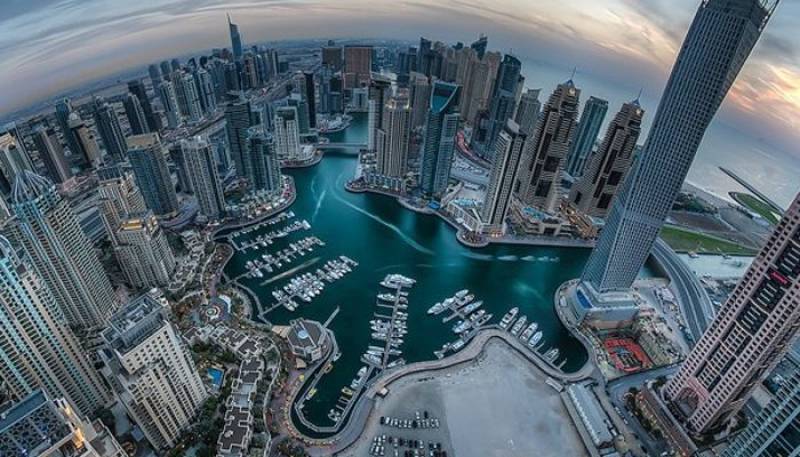 ISLAMABAD - Pakistanis own around $150 billion worth of properties and assets in the UAE alone, according to a report compiled and presented in the Supreme Court (SC) by chartered accountancy firm AF Ferguson on Monday.

The report was submitted in connection with a case in apex court on Pakistani nationals' properties and bank accounts abroad. The firm, however, cautioned that the data be 'handled with care'.

Chief Justice Mian Saqib Nisar expressed his surprise over such a massive amount still parked abroad despite the amnesty scheme.

State Bank of Pakistan (SBP) Governor Tariq Bajwa briefed the top court on measures taken to recover the identified funds, saying: "Notices have been issued to the 125 people who have assets in the UAE."

"If they write on affidavits that they do have assets outside of Pakistan, we will interrogate and tax them. But if they deny that, then we can take the help of the UAE government and ask them to take action in accordance with benami properties law," he said.

The SBP governor further said that the assistance of Federal Investigation Agency (FIA), National Accountability Bureau (NAB), and other agencies had also been sought.

The CJP expressed his dissatisfaction over the progress of the case, remarking that those concealing their assets abroad qualify for money laundering trials.

Shabbar Zaidi, the audit firm's chief, told the court that wealth is transferred outside Pakistan via two channels: Hawala and banking routes.

"Funds are moved abroad by showing it as agricultural income," he informed.

At this, Justice Umar Ata Bandial asked the SBP governor if a ban has been placed on transferring foreign exchange outside Pakistan.

"Only a sum of $10,000 is permitted to be taken outside of Pakistan," Bajwa replied.

The SBP governor further said that a separate list of 225 Pakistani nationals who have properties in London has also been obtained.

Meanwhile, Attorney General Mansoor Ali Khan assured the top court that the new government is "serious about bringing back the money".

"A task force has been formed under the PM's stewardship," the attorney general said. "The governmentt wants the apex court to provide guidance in this regard."

Soon after taking the office, Finance Minister Asad Umar had announced that a task force would be established for bringing back the plundered money to Pakistan.