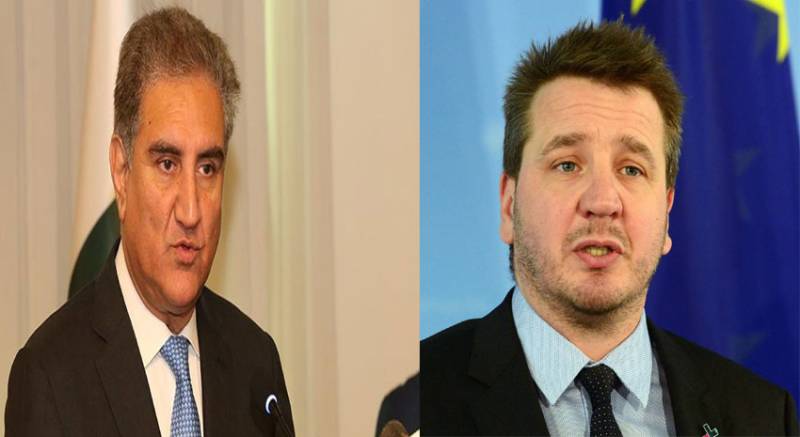 ISLAMABAD - Foreign Minister Shah Mehmood Qureshi has said that India is destroying the peace of the entire region through its oppressive measures.

He said this during a telephonic discussion with the Foreign Minister of Iceland, Gudlaugur Thór Thórdarson, the Radio Pakistan reported.

The foreign minister said that the international community should play its role to save innocent Kashmiris from Indian barbarism and human rights violations in Occupied Kashmir that are on its peak now.

The foreign minister of Iceland expressed his serious concern over the human rights violations in Occupied Kashmir and emphasized on the need to peacefully resolve issues.