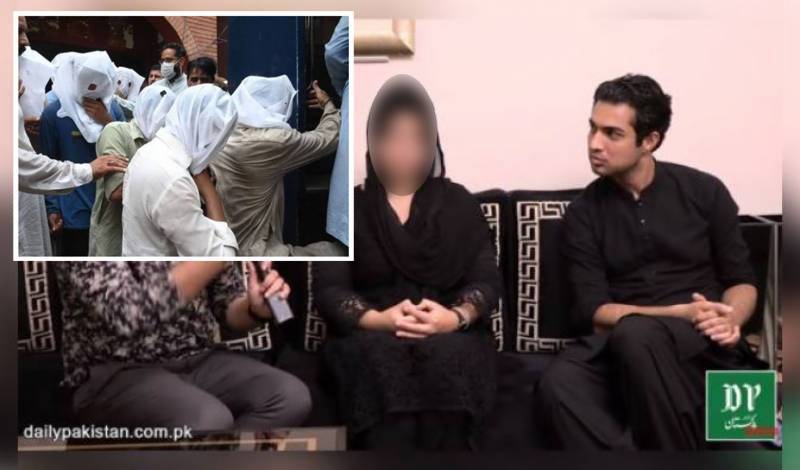 LAHORE – A sessions court on Friday ordered to release 98 men in a case related to assault on a woman at Minar-e-Pakistan.

The suspects were produced before the court after they were not identified by the victim, a tiktoker, in an identification parade conducted on September 1.

The judge, during the hearing, remarked that there was no point to keep them in jail as they were not involved in the incident.

Reports in local media quoting sources said around 160 suspects were presented before for the identification process while she picked six for their alleged role in the gruesome incident at Greater Iqbal Park.

Meanwhile, it was also reported that law enforcers brought the victim girl along with his partner Rambo in an armored vehicle in wake of security threats while the families of the detained suspects were protesting outside the jail.

She conveyed that she was not feeling well and could not attend the proceeding as 144 people had to be paraded before her during the identification process.

The heinous incident surfaced when the female TikToker was assaulted and molested by a charged mob. Later, the clip went viral on social media, showing hundreds of men attacking her as she went to the park with four of her friends to celebrate Independence Day.

Narrating the ordeal she faced, the victim said she was shooting TikTok videos in the park when hordes of men of all ages climbed a fence and later attacked them. She told that the mob groped her, tore off her clothes, and tossed her in the air. She also alleged men for depriving them of personal belongings including a mobile phone along with a gold ring and studs.

A case was lodged against 400 people for their alleged involvement in the incident and further proceedings are underway.