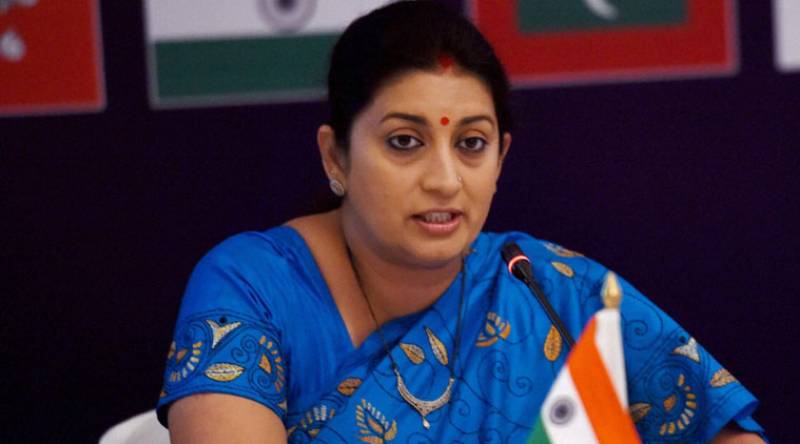 GOA (Web Desk) - A high level inquiry has been ordered after India's Minister for Human Resource Development Smriti Irani spotted a hidden camera in the changing room of a shopping store in Goa.

The minister, who is currently in Goa on holidays, immediately informed the police and filed an FIR. Goa Chief Minister Laxmikant Parsekar has also ordered the officials to submit a detailed investigation report in this regard.

The matter is being probed as a  case of outraging a woman's modesty, the officials said, Irani has already recorded her initial statement with the cops.

Goa's local court has however issued bails to four employees of the store following the registration of case.

Police is soon expected to interrogate the owners of the clothe store.