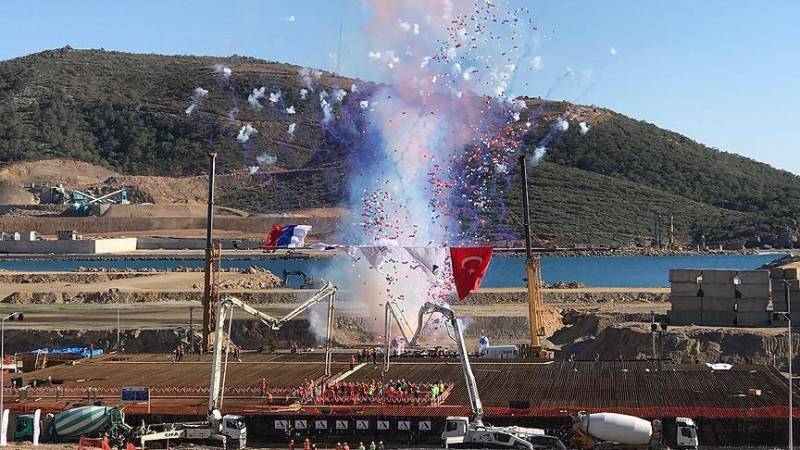 The Akkuyu power plant in the Mediterranean coastal province of Mersin is a Turkish-Russian venture expected to cost $20 billion and meet 10 percent of Turkey's energy needs. Neither the required technology transfer from Russia nor a construction completion date has been set.

The project deal between the two countries was agreed to in 2010. The plant was provisorily expected to start generating power from its first unit by 2023, with three more units coming online by 2026. Each of the four units is intended to generate 1,200 megawatts of electricity.

President Erdoğan: “With the launch of the Akkuyu Nuclear Power Plant’s first reactor in 2023, Turkey will have joined the group of countries using nuclear energy.

We will thus have crowned the centennial of our Republic with a historic work in the field of energy.” pic.twitter.com/MQUmgkHSax

The joint venture already broke ground once in 2015 before being put on hold after Turkey shot down a Russian warplane along the Syrian border, causing relations between Moscow and Ankara to nosedive.

A U-turn in relations has witnessed the two countries closely cooperate on Syria and expand economic ties.

WASHINGTON - For the first time in over 40 years, the US Congress has examined a president's authority to launch a ...

Putin and Erdogan met eight times last year and spoke often, signaling the two leaders have been able to compartmentalize their differences at a time when both countries face deteriorating relations with the West.

The Turkish government wants to reduce its natural gas consumption for electricity production to below 30 percent.