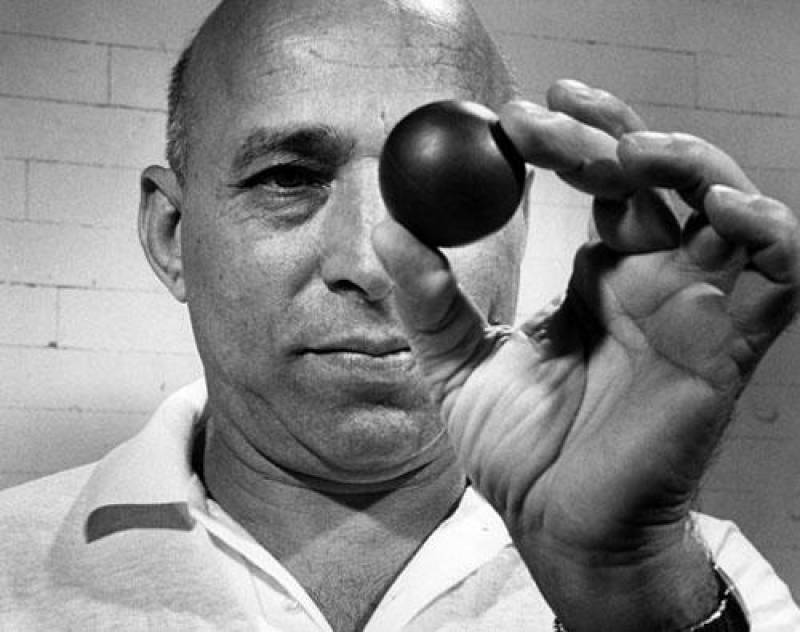 On this day in 1951, Khan won the British Open Squash Championships propelling him from relative obscurity to the status of an international icon.

Born in 1914, Khan was raised in Nawakilli, Peshawar, a small village in what was then India. His father worked at a British officers’ club with squash courts where Khan apprenticed as a ballboy.

Learning the ropes of the sport while on his off-hours, Khan played barefoot on the club’s rough brick courts—an early testament to his tenacity. By age 28, Khan became a squash pro and soon after, a national champion of the sport.

After winning three All-of-India titles, the newly independent government of Pakistan drafted him to represent the country at the 1951 British Open.

Khan dominated during his first appearance at the British Open, considered squash’s world championship at the time, and went on to take home the grand prize.

He returned to Pakistan a national hero with a million people greeting him upon his arrival.

This monumental victory became the first hurrah of the Khan family’s squash dynasty. Over the next 46 years, the tournament was won 29 times by either Khan or one of his relatives, including renowned players Jahangir Khan and Jansher Khan.

The country delightedly says ‘Thank you’ to Hashim Khan, for proving that through hard work and determination, people from every background can achieve greatness.