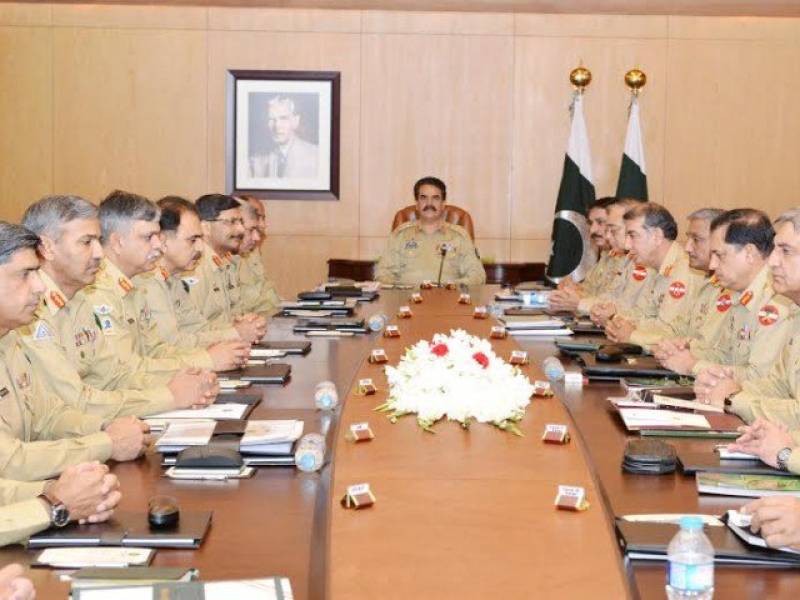 RAWALPINDI (Staff Report) – Chief of the army staff General Raheel Sharif on Tuesday said the peace talks between Afghanistan government and Taliban insurgents is the most suitable way to stability in the region and those try to sabotage the dialogue are enemies of peace.

According to details the army chief expressed these views while chairing a corps commanders’ conference in GHQ.

The meeting reviewed overall security situation of the whole region and expressed confidence in readiness of armed forces to meet internal and external threats.

During the conference COAS was briefed about events of Indian aggression at Line of Control (LoC) as well. He appreciated the army personnel over their effective response to Indian border forces.

The conference concluded that Pakistan will support Afghan peace process and take every possible step in this regard.