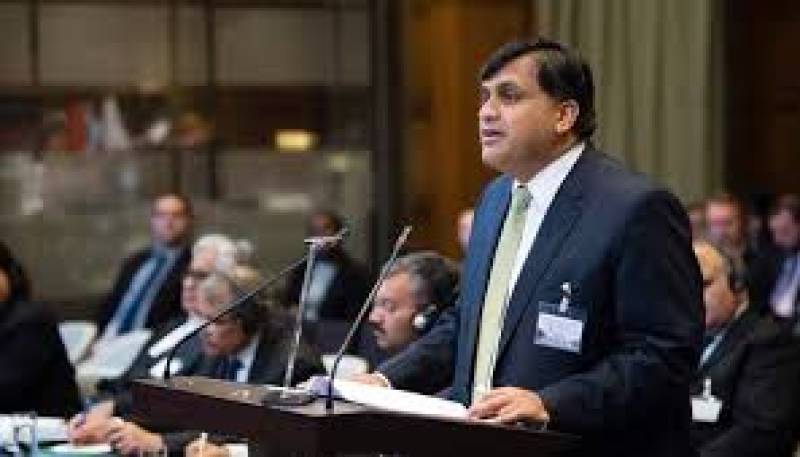 ISLAMABAD - The Ministry of Foreign Affairs expressing deep concern over the Indian Supreme Court's Babri Mosque verdict said that minorities are no longer safe in India.

"The decision has, once again, failed to uphold the demands of justice. As the United Nations recently noted that Indian Supreme Court’s response to human rights petitions in the context of Indian Occupied Jammu & Kashmir was slow, this decision points out that when it acts, it is unable to protect the interests of India’s minorities," a press release said.

The verdict has shredded the veneer of so-called secularism of India by making clear that minorities in India are no longer safe; they have to fear for their beliefs and for their places of worship, it added.

A process of re-writing history is underway in India in order to recast it in the image of a ‘Hindu Rashtra’ in pursuance of the Hindutva ideology. It is also fast affecting India’s major institutions.

The rising tide of extremist ideology in India, based on the belief of Hindu supremacy and exclusion, is a threat to regional peace and stability.

FO suggested that the Indian government should ensure the protection of Muslims, their lives, rights and properties and avoid being yet again a silent spectator of Muslims becoming the victims of Hindu extremists and zealots.

The international community, the United Nations and other human rights organizations, in particular, should play their role by restraining India from its pursuit of extremist ideology and to ensure equal rights and protection of the minorities in India.

Indian Supreme Court on Saturday pronounced its verdict in Babri Masjid case, ruling that the disputed Babri Masjid land should be given to the Hindus.

The apex court issued the order while reading out its verdict on the ownership of a centuries-old holy site claimed by both majority Hindus and minority Muslims in India .