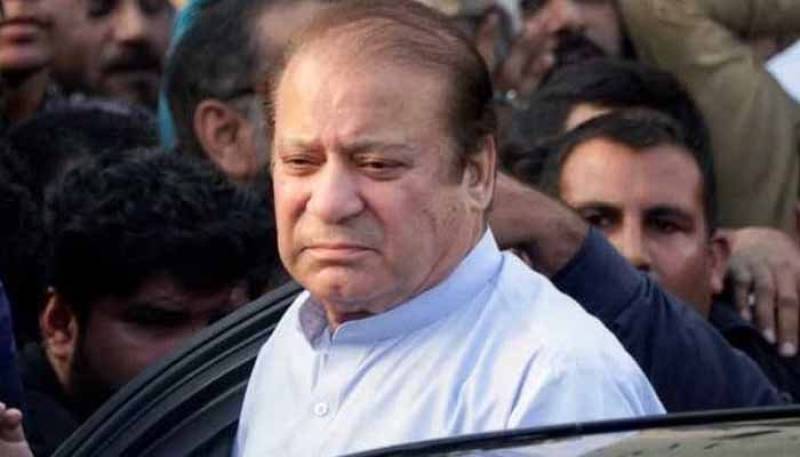 ISLAMABAD – A plan of Sharif family to take former prime minister Nawaz Sharif to abroad for his treatment amid deteriorating health condition may face a delay as authorities are yet to be decided over removing his name from the no-fly list.

Despite the official narrative of allowing Nawaz to seek treatment abroad, the federal government and National Accountability Bureau (NAB) are reportedly still hesitant to strike the former premier’s name off the Exit Control List (ECL).

A private news channel claims the government and anti-graft body do not want to take the responsibility of lifting no-fly ban on Nawaz.

The Ministry of Interior yesterday (Nov 8) sent a letter to NAB, seeking its reply over Pakistan Muslim League-Nawaz (PML-N) President Shebaz Sharif’s request to get removed his elder brother’s name from ECL.

The anti-corruption watchdog, according to the media, has opted for delaying tactics as it has sent a written reply to the ministry demanding latest medical reports prepared by the official medical board.

The government is also refraining from using its authority to take Nawaz's name off the list. In the past, the interior ministry has taken off several names from the no-fly list without taking NAB into confidence, it added.

Earlier, Special Assistant to the Prime Minister of Pakistan Imran Khan on Political Affairs Naeemul Haque on Friday had said that the government had removed Nawaz Sharif name from ECL owing to his deteriorating health condition.

Haque, citing the medical report, said that the health condition of the Pakistan Muslim League-Nawaz supremo was critical, adding that every Pakistani has the right to get treatment on his own will.

He clarified that the government has no objection over Sharif's travel to go to London for the treatment.