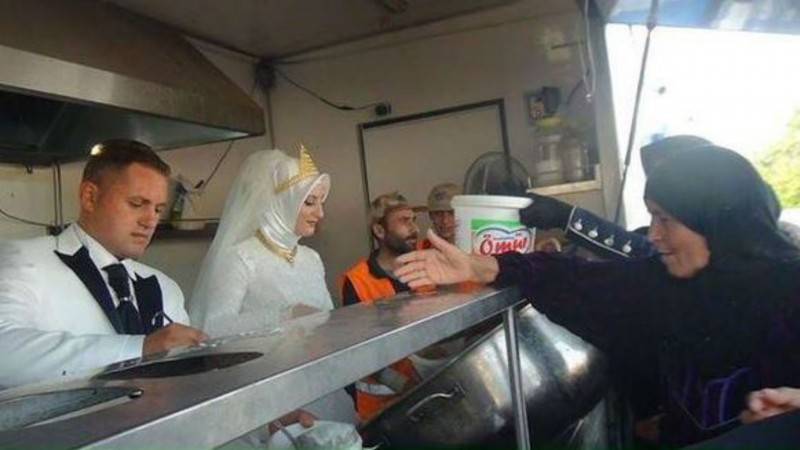 ISTANBUL (Web Desk) - Instead of holding their regular wedding buffet in their home, a Turkish Muslim couple chose to distribute food to thousands of Syrians in refugee camps.

Ali Uzumcuoglu and his bride, who is not named in local media reports, tied the knot in Kilis province on the Syrian border, which is currently home to thousands of refugees fleeing conflict in the neighbouring country.

The Turkish couple invited 4,000 Syrian refugees as they wanted a celebration with difference. 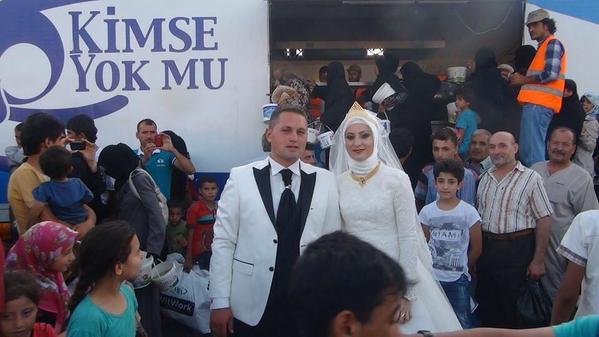 "We wanted to present our case on our happy occasion by distributing wedding dinner together with our Syrian brothers," the groom said.

"That's much more beautiful than what we thought. Hopefully this will also give the start for other wedding dinner to be held here with our brothers in Syria. Well, it was a different wedding dinner," he added.

The bride and groom helped distribute the meal themselves and took their wedding pictures with people at the camp, according to local media.