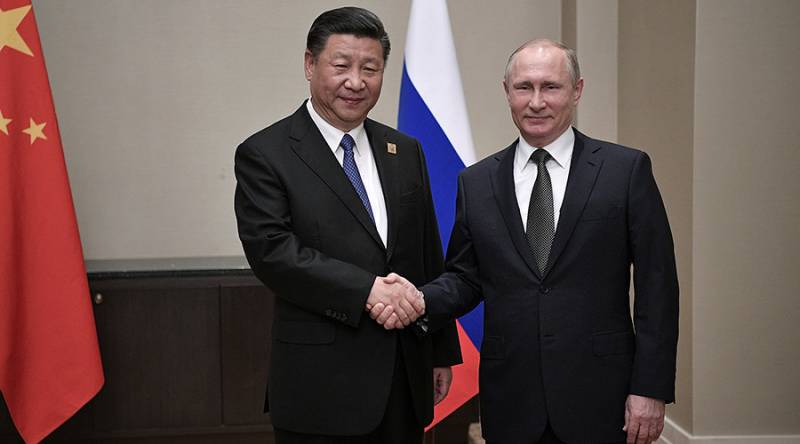 MOSCOW  - China’s leader has reached Moscow for what the Russian president described as “a major event in bilateral relations.” It will be the two leaders’ third meeting this year, and deals worth $10 billion are expected to be signed this time.

Xi is making a two-day stop on his way to Germany, where a G20 summit is set to take place later this week.

“This evening, within Chinese President Xi Jinping's official visit, there will be an informal dinner for President Putin and Xi Jinping at the Kremlin,” Peskov told journalists.

Xi’s official visit would start on Tuesday and will include bilateral talks, according to the spokesman.

“It will have an unusual format [of the meeting]: the leaders will meet [Russian and Chinese] representatives of the public, businesses and media, who will briefly inform Putin and Xi Jinping on their cooperation,” Peskov added.

During the visit, Putin will also award Xi with the order of St. Andrew the First-Called, one of Russia’s highest honors, for his prominent work in strengthening friendship between the peoples of Russia and China.

Ahead of his visit, the Chinese leader gave an interview to Russia’s TASS news agency, in which he particularly focused on the issue of deployment of the US THAAD missile defense systems to South Korea.

Xi criticized the move as “disrupting the strategic balance in the region” and threatening the security interests of all countries in the region, including Russia and China. He also reiterated that Beijing is urging Washington and Seoul to back away from the decision to deploy THAAD systems to the Korean peninsula.

Less than a month ago, Putin and Xi met in Kazakhstan’s capital, Astana, on the sidelines of a Shanghai Cooperation Organization summit. At that time, Putin called the upcoming meeting in Moscow “a major event in bilateral relations,” noting that it would have a “significant” impact on bilateral ties.

“By tradition, we use every opportunity to meet and to discuss bilateral relations and the international agenda,” the Russian president said.

The Chinese leader noted that “every new meeting brings new opportunities for an exchange of opinions,” adding that “the numerous meetings at various venues indicate the high level of bilateral relations” between Moscow and Beijing.