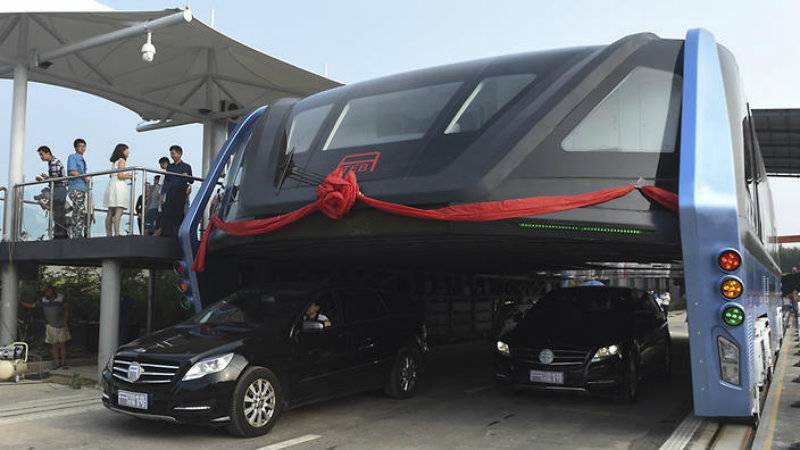 The blue, tunnel-like Transit Elevated Bus (TEB-1) can carry up to 300 passengers in one carriage, over the top of traffic on the road, the state run Xinhua news agency said.

In the test in the northern city of Qinhuangdao on Tuesday, the bus moved slowly along a 300 metre track and stopped to allow people to get on board.

In May, developers released a video showing a model of the bus and said it would be able to carry 1,200 people, with vehicles able to drive underneath it, as long as they are lower than two metres.