Rise up to your responsibility for peaceful resolution of Jammu & Kashmir dispute, OIC urges the world 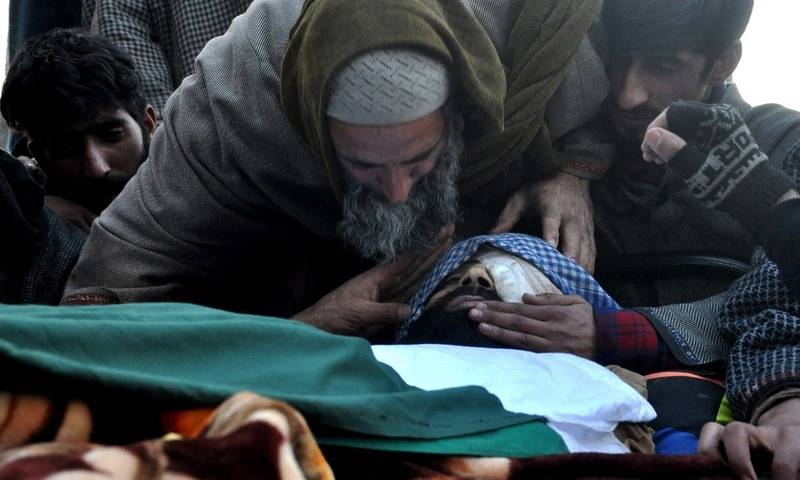 JEDDAH – The Organization of Islamic Cooperation (OIC) has expressed deep concern about the deteriorating situation in the Indian occupied Jammu and Kashmir.

The General Secretariat of the OIC, in a statement Sunday, said it is concerned about reports of deployment of additional paramilitary forces and use of banned cluster munitions by the Indian forces to target civilians.

The OIC reiterates its call upon the international community to rise up to its responsibility for the peaceful resolution of Jammu and #Kashmir dispute through the democratic method of a free and impartial plebiscite in accordance with relevant UN Security Council resolutions.

The size of cluster munitions varies from four to five inches and because of their shape — resembling a soft drink can or an orange — villagers refer to them as “toy bombs”.

Cluster bombs are believed to be deadlier than landmines, which is why the 2008 Convention on Cluster Munitions — adopted in May 2008 in Dublin, Ireland, and signed in December 2008 in Oslo, Norway — prohibits their use, production, stockpiling and transfer and requires states to ensure that they claim no further victims.

The OIC, in its statement, also expressed sadness over civilian casualties resulting from ceasefire violations carried out by Indian forces across the Line of Control and expresses solidarity with the people of Indian occupied Jammu and Kashmir.

The OIC reiterated its call upon the international community to rise up to its responsibility for the peaceful resolution of Jammu and Kashmir dispute through the democratic method of a free and impartial plebiscite in accordance with relevant UN Security Council resolutions and aspirations of the people of Jammu and Kashmir.

MUZAFFARABAD – Two civilians including a woman was injured as India violated the ceasefire on the line of control by ...

Qureshi told Dr Yousef that India is violating the international laws by subjecting the Kashmiris to serious human rights violations.

He apprised the OIC Secretary General that orders to Hindu Yatrees and foreign tourists to leave Kashmir are further adding to Pakistan's and Kashmiris' concerns.

Before talking to the OIC Secretary General, the minister chaired an emergency consultative meeting in Islamabad where he said that Indian designs are an attempt to disrupt the regional peace.

He urged the international community and world human rights watchdogs to take immediate notice of the serious situation.

It decided to highlight the gross human rights violations in Occupied Kashmir and Indian atrocities against Kashmiris at every international forum.