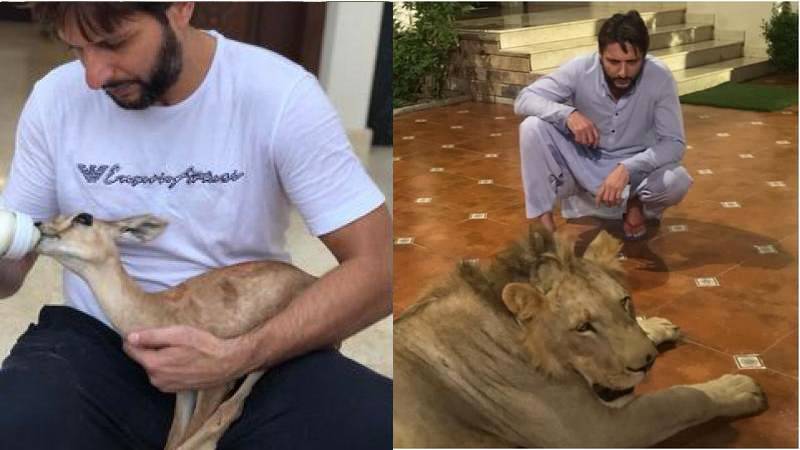 KARACHI – The authorities in the Defence Housing Authority in Sindh capital Wednesday removed animals from the house of Pakistani star player Shahid Afridi.

Reports in media quoting sources said that the DHA officials took action on the complaints of neighbors about the nuisance they faced.

Furthermore, the officials after removing the animals also asked the former cricketer to remove other supplies for livestock from his residence.

This is not the first time for Shahid Afridi to face such a situation, as earlier in 2018 the former Pakistani captain has earned him the wrath of social media users after he shared pictures of a chained lion.

Great to spend time with loved ones. Best feeling in the world to have my daughter copy my wicket taking celebrations. And yes don't forget to take care of animals, they too deserve our love and care :) pic.twitter.com/CKPhZd0BGD

Social media users then lashed him for keeping wild animals in an unnatural environment besides sharing posts for love for animals.