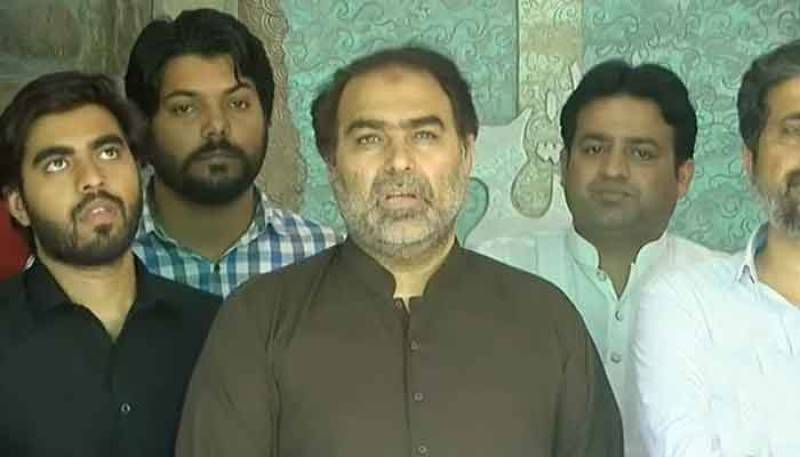 LAHORE - PTI MPA Nazir Chohan, who was associated with the Jahangir Khan Tareen group, has announced to part ways with the split faction.

He made the announcement while addressing a media briefing in Lahore alongside Punjab Minister for Prisons Fayyazul Hassan Chohan after he was released on bail from Kot Lakhpat jail in a case registered by Shehzad Akbar, Special Assistant to PM on Accountability.

He said, “Jahangir Tareen used me for his corruption case," adding, “I attended every hearing of Tareen’s case”.

Nazir said that he was "never once called" by Tareen since his arrest, adding: “I consider Jahangir Tareen as my leader but he is not capable of that”.

“I have only leader and that is Imran Khan,” he said.

He also apologised to Akbar and his family for hurting them with his allegations.

Earlier in the day, a session court approved bail of Nazir Chohan after Special Assistant to Prime Minister (SAPM) on Accountability Shahzad Akbar accepted his apology over his remarks about latter’s belief.

On May 19, Nazir Chohan levelled allegations about Akbar’s belief in a TV show and asked him to resign as PM’s aide. Later, Shahzad Akbar registered a case against him at Race Course Police Station in Lahore.

He was later arrested by the Federal Investigation Agency (FIA) on the complaint of Akbar. 1