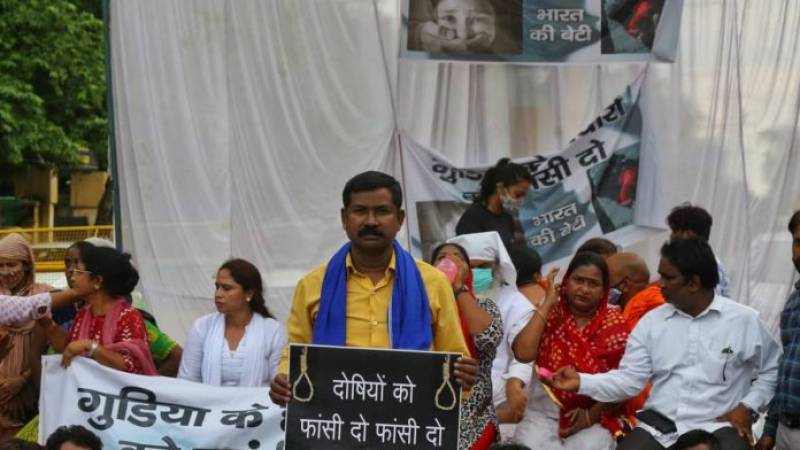 DELHI – A nine-year-old girl belonging to India’s marginalised community, Dalit, was gang-raped, murdered and then forcibly cremated in New Delhi, according to the victim’s parents.

On the complaint of the family, police have arrested a Hindu and three accomplices while a case has been registered against them.

The accused persons have been identified as priest Radhe Shyam, Laxmi Narayan, Kuldeep, and Salim, a resident of the area.

The minor girl had gone to get cold drinking water from the crematorium when the suspects raped her to death.

The mother of the victim said that she got anxious when she did not come back after an hour, adding that she then rushed to the crematorium where the priest informed her: “Your daughter is dead”.

She added that the 9-year-old was forcibly cremated by the priest on his own expenses.

The forensic team has found only the legs of the minor girl and her ashes from the cremation facility.

The gruesome incident has sparked a fourth day of protests in the city, with family demanding death sentence for suspects through swift trial.

RAJKOT - A ragpicker died in hospital of the injuries he sustained in a thrashing by five persons at an industrial ...