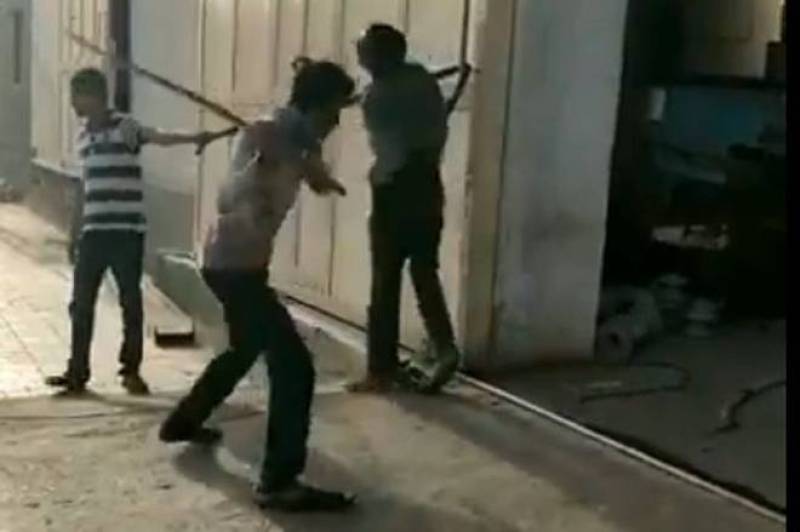 RAJKOT - A ragpicker died in hospital of the injuries he sustained in a thrashing by five persons at an industrial unit in Rajkot, India.

Five people, including the factory owner, have been arrested on charges of murder and under the law on atrocities against Scheduled Castes and Scheduled Tribes.

'Mr. Mukesh Vaniya belonging to a scheduled caste was miserably thrashed and murdered by factory owners in Rajkot and his wife was brutally beaten up'.#GujaratIsNotSafe4Dalit pic.twitter.com/ffJfn7rNSc

A police officer said, “He was a ragpicker. He, his wife Jaya and aunt were picking up waste materials littered around the industrial area. When workers saw them, they picked up a fight with him, accusing him of theft. He was taken inside the factory where he was tied up and thrashed.”

He was taken to the Rajkot Civil Hospital, where he died.

The entire incident of was recorded on a CCTV camera installed in the factory, footage of which has since gone viral.

“Mukesh Vaniya belonging to a scheduled caste was miserably thrashed and murdered by factory owners in Rajkot and his wife was brutally beaten up,” he tweeted.