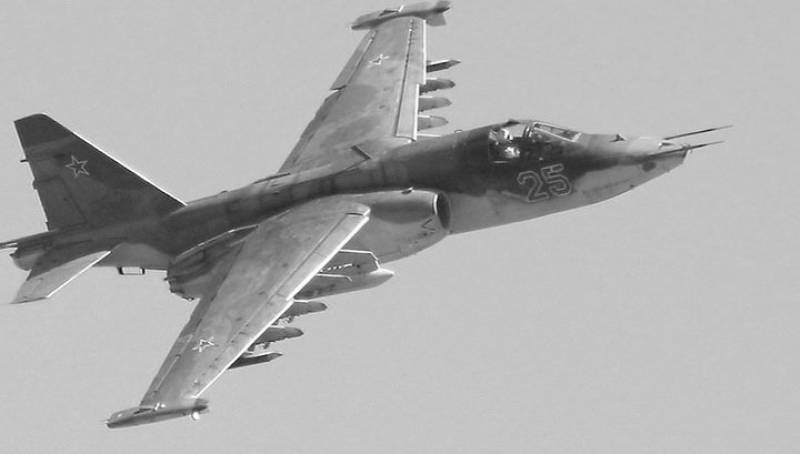 MOSCOW - A Russian Sukhoi-25 ground-attack aircraft was shot down in a rebel-held area in Syria's north-western province of Idlib on Saturday.

The Russian defence ministry said although the pilot survived the crash after ejecting, he was killed in a ground fight.

The Sukhoi-25, a close-support ground-attack aircraft, was operating over the town of Maasran in Idlib, the BBC reported.

Video posted on social media showed the jet being hit and quickly catching fire, before spiralling to the ground.

Video from the ground showed the wreckage with red stars on the wings.

Video purports to show wreckage of Russian fighter jet after it was downed by Syrian millitants in Idlib today, pilot was reportedly executed on spot pic.twitter.com/O7yJU1aY2v

Russia's defence ministry said: "The pilot had enough time to report that he had ejected in an area controlled by the militants".

"During a battle with terrorists, the pilot was killed." 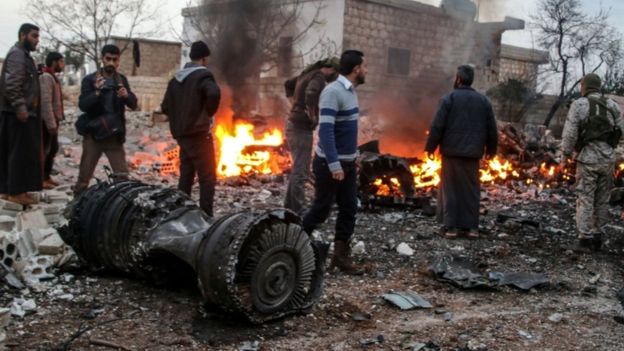 In a statement released on social media, the Hayat Tahrir al-Sham militant group - formerly linked to al-Qaeda - claimed it had shot down the plane using a shoulder-launched surface-to-air missile.

The group said the plane had been carrying out an air raid over the nearby city of Saraqeb.

Hayat Tahrir al-Sham has operated in the region for years under a series of different names.

It could be the first time rebels have shot down a Russian fighter jet since Moscow began its Syria campaign in September 2015, although rebels did bring down a helicopter in 2016.

About 45 Russian military personnel have been confirmed dead in Syria, along with an unknown number of contractors.

The UN says some 100,000 civilians have been displaced by the fighting.

There are 2.65 million people in north-western Syria as a whole, the UN says, and 1.16 million of them are internally displaced people (IDPs).