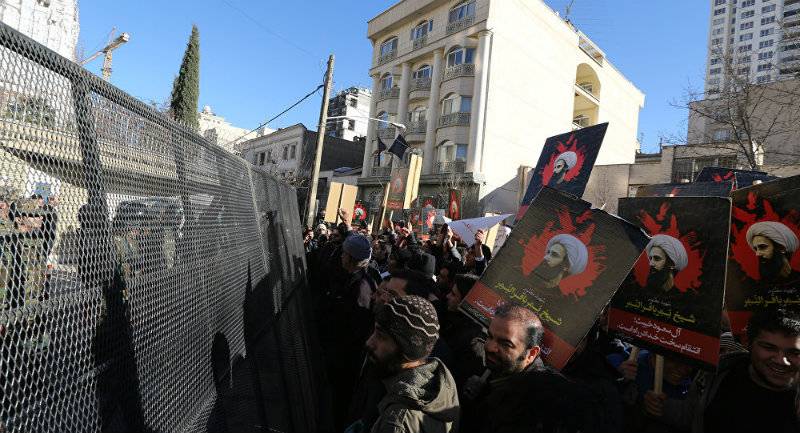 DUBAI (Web Desk) - UAE has announced to downgrades diplomatic ties with Iran and limiting the number of Iranian diplomats in the country after the storming of the Saudi Arabian Embassy in Tehran and consulate building elsewhere in Iran.

Saudi Arabia on Sunday gave Iranian diplomats two days to leave after a row over the Saudi execution of a top Shia Muslim cleric and subsequent attacks on its diplomatic posts in the capital Tehran and the northeaster city of Mashhad.

Before Saudi Arabia and Bahrain cut ties, the Gulf Cooperation Council (GCC) and the Arab League on Sunday expressed support for Riyadh’s ongoing fight against “terrorism.”

Saudi Arabia and Iran are the key Sunni and Shia powers in the region and back opposing sides in Syria and Yemen.

Bahrain is ruled by a Sunni Muslim king but its population is majority Shia.

There are fears sectarian strife may spread in the region following the execution of Sheikh Nimr al-Nimr and 46 others in Saudi Arabia on Saturday after they were convicted of terror-related offences.