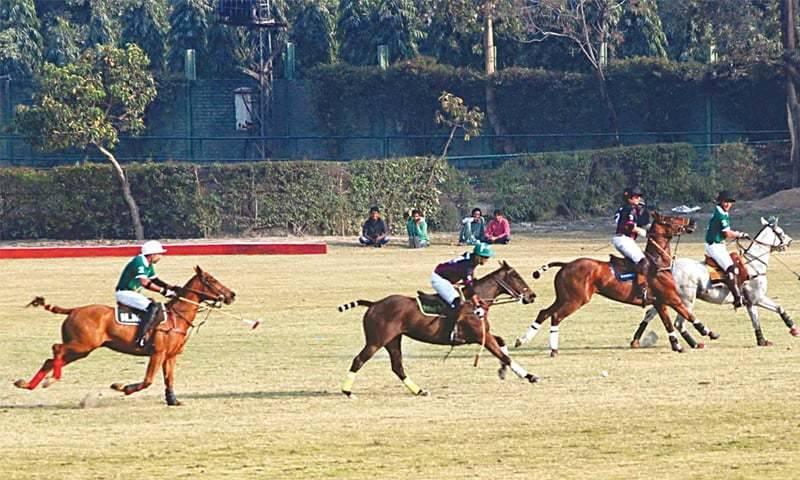 One and a half goal handicap advantage helped Jubilee Insurance/Master Paints beat Diamond Paints by 5½-4. Hamza Nawaz Khan turned out to be a top scorer from Jubilee Insurance with his tremendous three goals while Edward Bannireve contributed one. Eulogio Celestino hammered a hat-trick for Diamond Paints and Agha Musa Ali Khan struck one.

The first chukker of the match was evenly poised at one goal each was converted by both the sides to finish it 1-1. Jubilee Insurance then played superbly and thwarted two goals to take a 3-1 lead which was reduced 3-2 in the dying moments of the second chukker. The only goal of the third chukker was struck by Diamond Paints to level the score at 3-3. The fourth and last chukker saw once again both the teams scoring one goal to finish the match at 4-4. With one and a half goal handicap advantage, Jubilee Insurance/Master Paints won the thrilling match 5½-4. Luis Mighal Duggan and Hissam Ali Hyder supervised the match as field umpires.

Tomorrow (Friday), Outfitters will play against Guard Group in the first match of the day at 2:00pm while Barry’s will face Rijas/Green Orchard challenge in the second encounter of the day at 3:00pm.