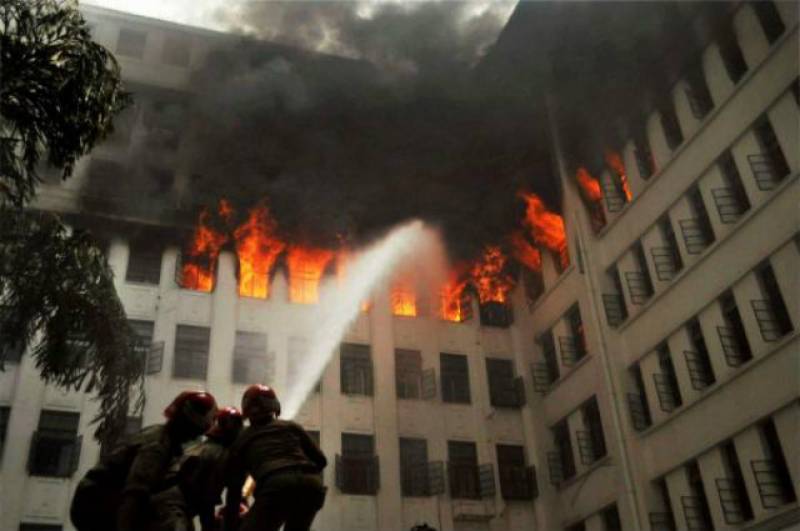 MUMBAI - Four people, including two children, have died in a fire that broke out in a residential building in the western Indian city of Mumbai late last night.

The fire started at around 1:30am Indian time (20:00 GMT) on the third floor of Maimoon building in the city's Marol area.

Seventeen people were rescued and were now receiving treatment in local hospitals, the NDTV reported.

The incident comes a week after 15 people died in a fire at a popular rooftop restaurant in the city. Eleven of the dead were women, mostly in their twenties and early thirties. Most of the bodies were reportedly found piled up near a women's washroom.

Officials said the exact cause of the fire in the residential building was unknown. Five people, including staff of pubs in the complex have been arrested in connection with the fire tragedy.

Experts say that two fire incidents within a week have raised serious questions over the safety standards of Mumbai buildings. The city also witnesses frequent building collapses that are often fatal.

Property prices and rent in Mumbai are among the highest in Asia.