‘Bulli Bai’: Malala among Muslim women 'up for sale' on Indian app 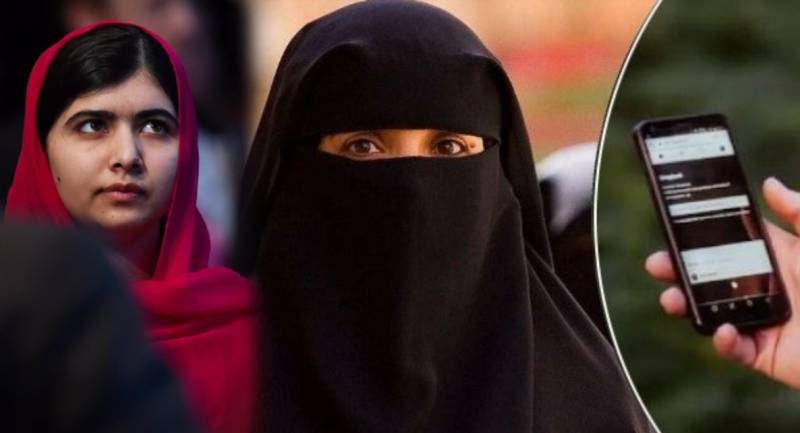 NEW DELHI – In the second such targeted attack to silence and disgrace Muslims amid rising Islamophobia, another application shared photos of hundreds of Muslim women saying they were on ‘sale’ in India.

Pictures of noted Muslim women, including Pakistani Nobel laureate Malala Yousafzai, Bollywood actress Shabana Azmi, a wife of a sitting judge of Delhi High Court, journalists, activists, and politicians were listed on the app for auction as ‘Bulli Bai’ of the day.

Indian cops in two states have reportedly registered cases after another app Bulli Bai shared pictures of Muslim women putting them up for an online ‘auction’. The app hosted on the web platform GitHub has also been taken down by authorities.

FIR including various sections of the Indian Penal Code that pertain to promoting enmity on grounds of religion, threatening national integration, and sexual harassment of women was registered.

The recent incident was the second such attempt in less than a year after an app known as ‘Sulli Deals’ in July 2021 was exposed in which almost 80 Muslim women were put on sale.

Sulli is an insulting Hindi slang term which Hindu trolls use for Muslim women, and Bulli is also a derogatory term. In reality, there was no real sale of any kind and the purpose is to humiliate Muslim women by sharing their personal images and listing them as an ‘item’.

An Indian Journalist Ismat Ara, who was targeted on the Bulli Bai, moved to police in Delhi. She was among women whose photos were uploaded on the app tweeted over the weekend.

It is very sad that as a Muslim woman you have to start your new year with this sense of fear & disgust. Of course it goes without saying that I am not the only one being targeted in this new version of #sullideals. Screenshot sent by a friend this morning.

The new app was formed as the people behind Sulli Deals hadn't been punished yet. Meanwhile, the National Commission for Women tweeted that its chairperson had asked the Delhi Police commissioner to inform it at the earliest about the action taken in the case.

A report of Amnesty International on online harassment showed that the vocal women are likely to be targeted as the scale of this increased for women from religious minorities and disadvantaged castes.

Meanwhile, another victim of the online auction, Quratulain Rehbar, a journalist from Indian Illegally Occupied Jammu and Kashmir speaking with an international publication that she was shocked to see her picture on the app.

It's an islamophobic misogyny and they target women who are vocal. Please don't blame victims. Also by your such suggestions women would feel they are responsible for whatever happened to them.

On the other hand, police officials in New Delhi and Mumbai did not respond to queries of international publications about the latest “auction”.

Activists have protested against the disgraced incident as it takes the hate crimes in India to a new dangerous level, where Muslim women are virtually assaulted and turned into a free-for-all for a bigoted mob.

NEW DELHI – Noted Bollywood actor Naseeruddin Shah has said that those who are demanding Muslim genocide want to ...

Vomit worthy people! This is what IMPUNITY does… impunity and total lack of accountability.. we are making ourselves monsters! https://t.co/ttfX3plYyQ

Ismat, I salute your courage.
In solidarity. 💪🏼 https://t.co/POzLq8TCCL