‘We will fight back’: Naseeruddin Shah warns of civil war in India over calls of Muslim genocide 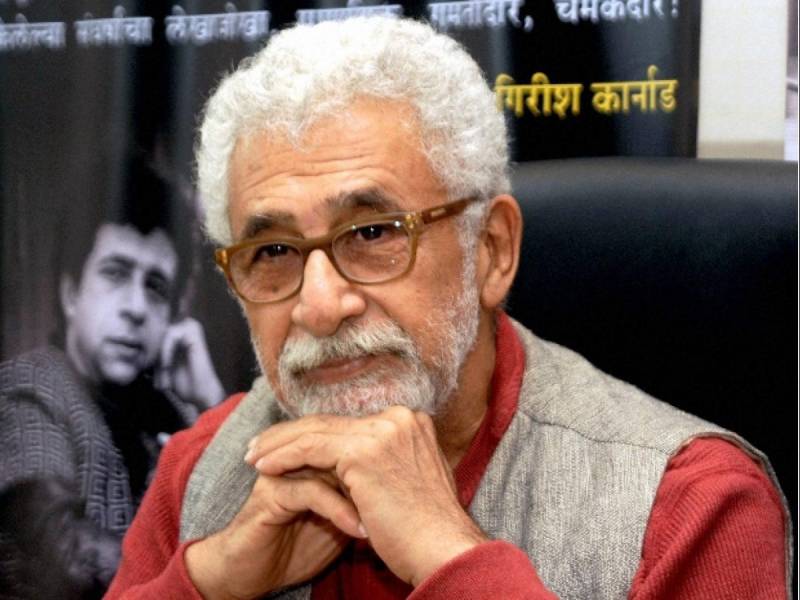 NEW DELHI – Noted Bollywood actor Naseeruddin Shah has said that those who are demanding Muslim genocide want to start a civil war in India.

In an interview with an Indian publication, the Ishqiya actor revealed the consequences of the hate speech conclave which was organized by the Hindutva leader Yati Narsinghanand in Haridwar city of India’s Uttarakhand state.

Indian Muslims are going to fight back, he said if they [Hindutva leaders] attempt for Muslim genocide and ethnic cleansing we will fight back. "We are defending our homes, our family, our children", he said.

Lamenting at rising Hindu radicalism, he said “I wonder if they know what they are talking about? 200 million are going to fight back. We belong here. We were born here and we will live here.” He added that a toxic narrative against minorities could lead to a civil war.

Sharing his experience as a Muslim citizen under the Modi-led Hindu nationalist government, he said, “Muslims are being marginalised and made redundant. They are in the process of being reduced to second-class citizens as it’s happening in every field.”

He opined that an intensive attempt is being made to make Muslims insecure and fearful however he mentioned that Indian Muslims will not be scared. “I don’t feel insecure because this is my home but I’m concerned about what will become of my children”, he added.

Last week, a call for Muslim genocide in a Hindu religious meeting in India triggered international outrage with human rights activists, and politicians demanding action against the call of ethnic cleansing.

Activists also voiced concerns over the silence of the Modi government, saying this tantamount to an endorsement of Hindu extremists’ calls against Muslims.

ISLAMABAD – Pakistan has summoned the charge d’affaires of the Indian high commission in Islamabad to ...

Pakistan also summoned the Indian Charge d’ Affaires at the ministry of foreign affairs to voice serious concerns over the widely reported open call by Hindutva proponents for carrying out genocide of Indian Muslims.

Hindutva leaders in India have called for the ethnic cleansing of Muslims at a recent three-day "hate speech conclave", ...