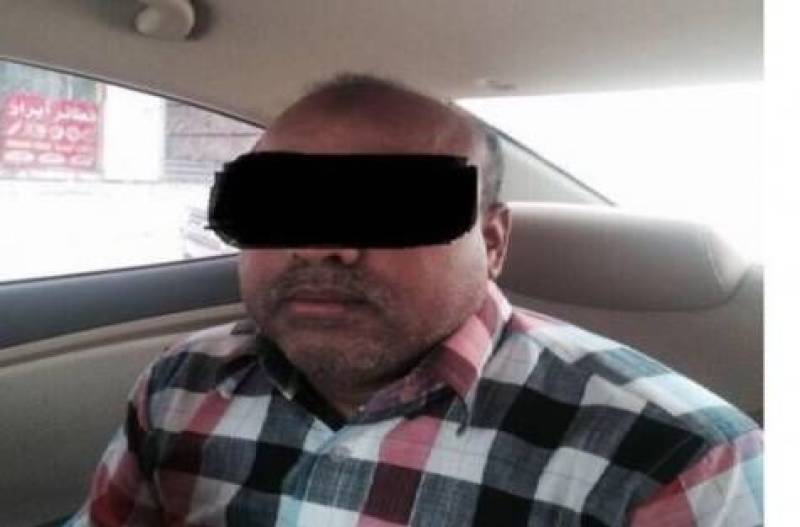 MAKKAH (Web Desk) - Security authorities in Saudi Arabia have arrested a tailor after a video clip showing him taking the measurements of a young woman went viral on Youtube, triggering wide condemnation.

The tailor, an Asian expatriate in his 40s, was detained in the city of Makkah in western Saudi Arabia for breaking the rules that ban male tailors from working in women’s dressmaking workshops.

The clip, filmed secretly from an onlooker outside the shop, showed the tailor taking the measurements of the young girl while another older woman, believed to be her mother or sister, was standing next to her.

“We confirm that the security authorities have arrested a man working in a women’s dressmaking workshop in the Sacred Capital [Makkah] was arrested for not complying with the rules and regulations,” Ati Al Qarshi, the spokesperson for the police, said. “He will be referred to the public prosecution in line with the legal procedures.”

The clip reportedly angered many social media users. They said they understood the motives for the tailor’s arrest after he broke social taboos and regulations. However, most of them said the young girl and the older woman with her were to blame for the incident.

Realist said the two women should have been arrested.

“They are the ones who let it all happen,” he said. “Each should be flogged 60 times in order to make sure there will be no repeat of what happened.”

A blogger writing under the moniker “Tweeter” said the man who filmed the scene and posted on the internet should also be made to face the law.

“With all due respect, instead of arresting the man who was spying on people and filming women secretly, the police arrested a tailor who was providing a service,” he posted.

“Maybe the client opted for this shop because it charges much less than the other workshops where there are seamstresses. These are considerations that must be contemplated,” he said.

Zanjabil said the tailor should be allowed to go free.

“We cannot blame him because he comes from a country that sees taking a woman’s measurements by a man was normal,” he wrote.

“The two women should be detained since they walked into the shop and allowed the tailor to touch the younger one,” he said.

Saudi Arabia is very strict about the mixing of unrelated men and women. It has also been enforcing a strict policy that banned male expatriates from working in women’s dress making workshops as part of an ambitious plan to offer jobs to local women and tackle unemployment.

Under the policy, the existing male tailors will be gradually phased out while no visas will be delivered to male foreigners.

The policy is part of a wide plan to reform the private sector of the labour market dominated by foreigners who make up one third of the total population of 27 million.