Light rain adds chill to weather in Lahore, other cities

Karachi, other parts of country to receive two rain spells 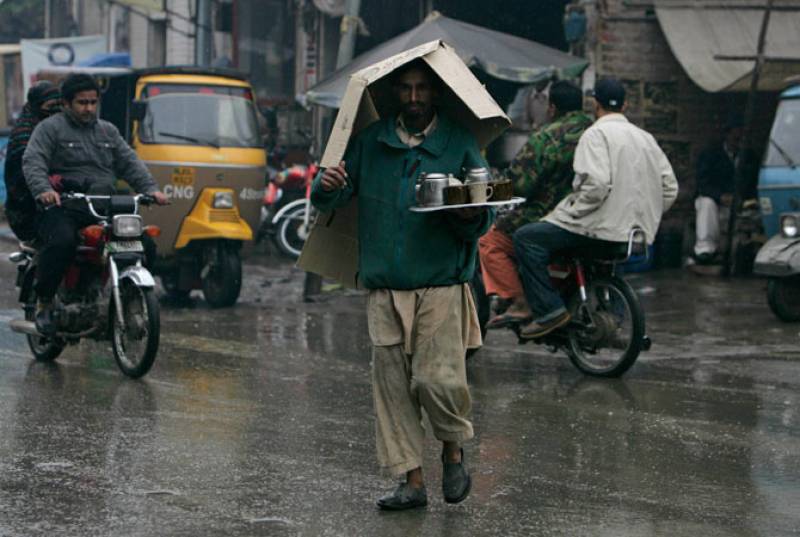 LAHORE – Drizzle in Punjab capital helped subside toxic smog while a number of cities in the country have received downpour early Tuesday.

Amid the alarming smog-triggered pollution, the country’s second-largest metropolis has breathed a sigh of relief as the intermittent rain cleansed the atmosphere.

Rain spells are expected to hit seaside city Karachi which will plummet the mercury in the metropolis. PMD said that the downpour is expected in the metropolis from Tuesday night and will continue for three days.

Met officials also said that a strong westerly wave has entered western and upper parts of the country and is likely to grip the country, it may persist until Friday.

Meanwhile, a thunderstorm with snowfall is expected at scattered places in Balochistan, Sindh, Khyber Pakhtunkhwa, Islamabad, upper Punjab, Gilgit Baltistan, and Kashmir during the next 24 hours.

ISLAMABAD – The Pakistan Metrological Department (PMD) said that a cold wave is likely to grip the country in the ...