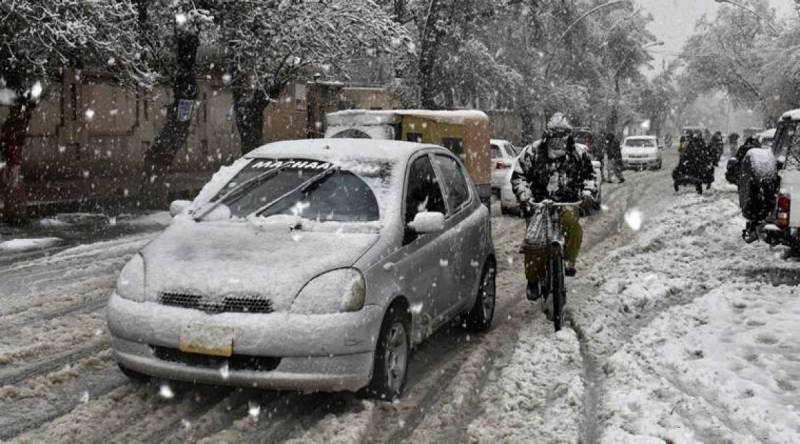 ISLAMABAD – The Pakistan Metrological Department (PMD) said that a cold wave is likely to grip the country in the next few days as officials forecast a downpour starting Monday.

The Met Office warned that the cold wave is likely to intensify as westerly winds are entering the upper and western parts of South Asian country.

Rain is expected in plain areas including Multan, Khanewal, Sahiwal, Okara, Bahawalnagar, Bahawalpur, and Rahim Yar Khan that will help cutting toxic smog in the province.

Besides rainfall in parts of the country, residents of Khyber Pakhtunkhwa and Gilgit-Baltistan have been told to brace themselves for extreme snowfall, particularly in Galiyat, Nathiagali, Astore, Dir, Chitral, Naran, Kaghan, Hunza, Gilgit, and Neelum Valley.

KARACHI – The country’s seaside metropolis woke up to rain on Monday morning while cloudy conditions ...

On the other hand, the Met office has instructed district authorities to take all precautionary measures and remain alert during the forecast period.