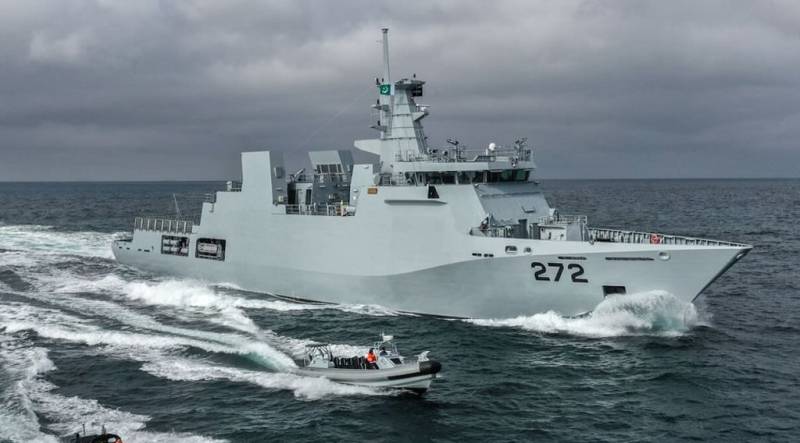 The commanding officer of the ship also called on Omani officials and discussed matters pertaining to naval cooperation and maritime security.

PNS Tabuk, built-in Romania, is a state-of-the-art vessel that was inducted into the fleet of the Pakistan Navy, significantly amplifying the capabilities of defenders of the coasts of the country.

PNS Tabuk is a multipurpose and highly adaptive platform of medium size and tonnage and is loaded with state-of-the-art electronic warfare, anti-ship, and anti-air weapons and sensors along with modern self-protection and terminal defense systems.

The modern-day vessel is fully capable to perform a variety of maritime operations in a complex environment and can embark on a multirole helicopter and an Unmanned Aerial Vehicle (UAV) simultaneously.