US needs to engage with Taliban or face chaos in Afghanistan, warns PM Imran (VIDEO) 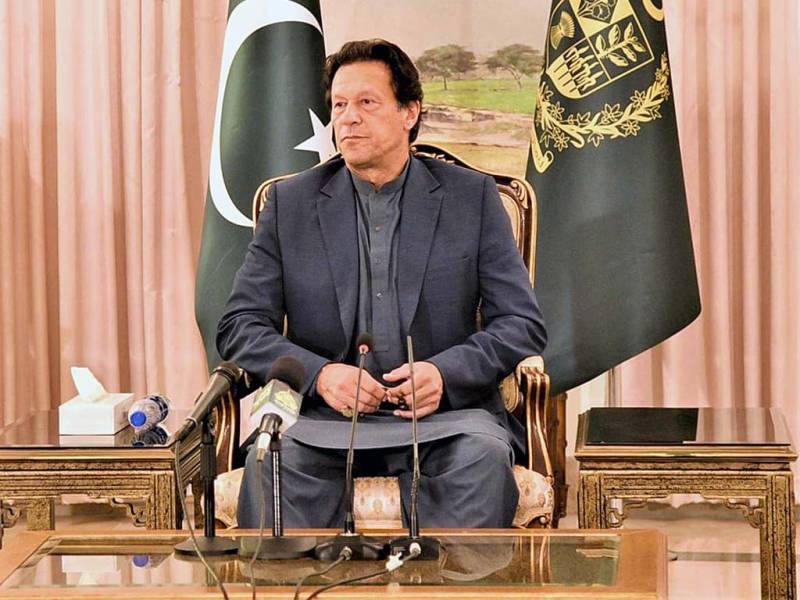 ISLAMABAD – Prime Minister Imran Khan once again urged the United States to start a dialogue with the Taliban-led government in Afghanistan saying the other option will be the rise of terrorism in the war-ravaged country.

Speaking in an interview with Middle East Eye from Islamabad, Khan said many of the events are still evolving in the neighboring country, while people like us still don't know where it will go.

Khan said Taliban leadership had also given sacrifices in the never-ending war while these people, he said, would now want to be a part of the government and yet the Afghan government is looking for international acceptability.

He further said that ‘it should not be a 'US vs China' camp, it should be about economic ties, economic connectivity other than the regional peace.

Khan said the US had no other option but to do everything it could to support to stable new setup in Afghanistan, as the Taliban was the only option for fighting IS in the region.

He said that ‘it should not be a 'US vs China' camp; it should be about economic ties, economic connectivity other than the regional peace.

Khan said the US had no other option but to do everything it could to support and stabilize the new setup in Afghanistan, as the Taliban were the only option to fight the IS in the region.

Khan said that Washington must get over the shock of “defeat” in Afghanistan and send aid.

Since the Taliban takeover of Afghanistan in August, Khan has encouraged the world to engage the group’s interim government and provide them economic support.

With half the population already below the poverty line, and 75 percent of the national budget dependent on foreign aid, sanctioning the Taliban would lead to a humanitarian disaster soon, Khan said.

“If they leave Afghanistan like this, my worry is that Afghanistan could easily revert back to 1989 when the Soviets and US left and over 200,000 Afghans died in the chaos,” he said, referring to the civil war that followed the Soviet retreat from the country.

Khan said he had warned President Joe Biden, John Kerry and Harry Reid – then all senators — in 2008 that they were creating a “quagmire” in Afghanistan for which there was no military solution but they did not listen.

“But unfortunately, they were led by their [US] generals. And do you know what generals always say: give us more troops and more time,” he said.

He said he was relieved the Taliban takeover did not result in a “bloodbath” in Afghanistan and was working with neighbouring states, notably Tajikistan and Uzbekistan, which have sizeable ethnic minorities inside Afghanistan, to encourage the Taliban to widen representation.

“They need an inclusive government because Afghanistan is a diverse society,” Khan said.

When asked about the Taliban’s rights record, particularly with regards to women, Khan said the group should be given time: “The best way is to incentivise them to walk the talk [on rights] ... But if you force them, I would imagine the nature of the people is such that they will push back and it would be counterproductive.”

Speaking about talks with the Tehrik-e-Taliban Pakistan (TPP), often called the Pakistan Taliban, Khan said the TTP consisted of 50 groups and his government was trying to reconcile those elements who were willing to talk.

“Now we are trying to talk to those who can be reconciled because it’s from a position of strength. I always believed all insurgencies eventually end up on the dialogue table, like the IRA [Irish Republican Army] for instance,” he said, referring to the Northern Irish peace deal.

“We now have to talk to those we can reconcile and [persuade to] give up their arms and live as normal citizens.”