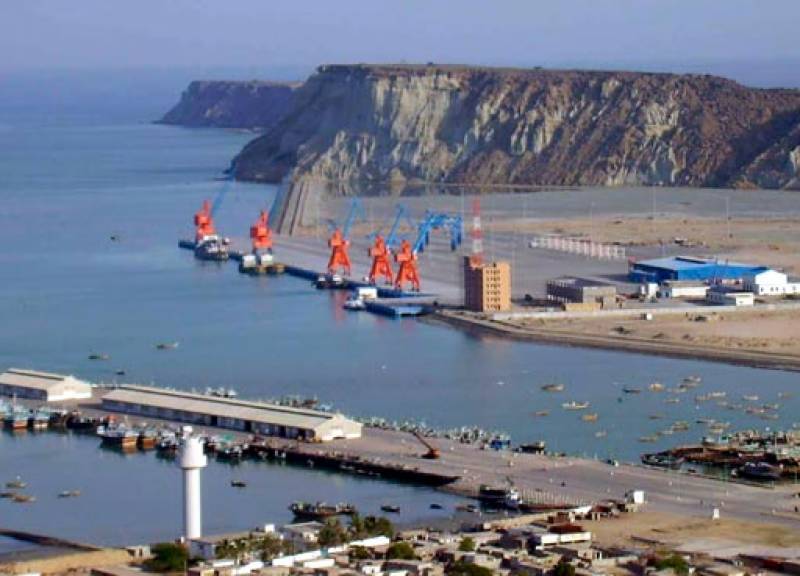 ISLAMABAD - China has been directly holding negotiations with separatist militants in Balochistan for five years in an effort to persuade them for the safety of projects worth $60 billion being established under the China Pakistan Economic Corridor (CPEC), reported Financial Times.

Balochistan, a south-western province of Pakistan, where most of the key projects are located, was remained vulnerable to militants, but it has been protected to some extent with efforts of security officials. And, the talks between China and militants will also help ensure peace in the state, bringing benefits to both countries under One Belt One Road projects.

A Tribal leader talking to the media outlet said that young men in Balochistan were surrendering to Pakistani forces as now the insurgency is not much attracted to them. They are seeing the CPEC as a way to prosperity.

QUETTA - As part of the ongoing political reconciliation in Balochistan, as many as 200 suspected militants surrendered ...

Strengthening relations of China with Pakistan have fuelled concerns in New Delhi, an arch-rival of Islamabad. India, which has established special cell to sabotage CPEC, is also upset due to increasing influence of China in Nepal, Myanmar and Sri Lanka and other neighbouring countries.

China, which has been following a policy of not interfering in the political matters of other countries, wants to secure its investment worth billions of dollars in the world under Belt and Road projects, that aim at creating trade routes in Asia, Africa, and Europe.

According to Financial Times, officials from Pakistan have taken the negotiations between China and Baloch militants as a good gesture. They are of the view that peace in Balochistan will yield benefits for both countries.

Another Pakistan official also confirmed the talks, saying “The Chinese have quietly made a lot of progress”.

Pakistan is one of the biggest beneficiaries of the Chinese initiative as the CPEC will open doors to development in the country, especially in Balochistan.

But, some opponents, particularly India, sees the project in view of the politics as Indian experts said that the Belt and Road Initiative was being portrayed as an economic project, but it will impose a great impact on local political and strategic situation.

GILGIT - The Interior Ministry says India has made a plan to attack the installations of China-Pakistan Economic ...

Pakistani forces also arrested an Indian spy and serving Navy Commander Kulbushan Yadav, who has admitted running a network of spies and insurgents in Balochistan and other provinces of Pakistan. The spy has been awarded death sentence by a military court.

The US, which has been slamming Pakistan for allegedly supporting militants, recently cut military aid to Islamabad and making efforts to place it on FATF's terror-financing watchlist.

Another Pakistani official talking to the media outlet said that China is always here to assist Pakistan in the troubled situations, adding that Chinese are unlike the Americans, who are not trustworthy.