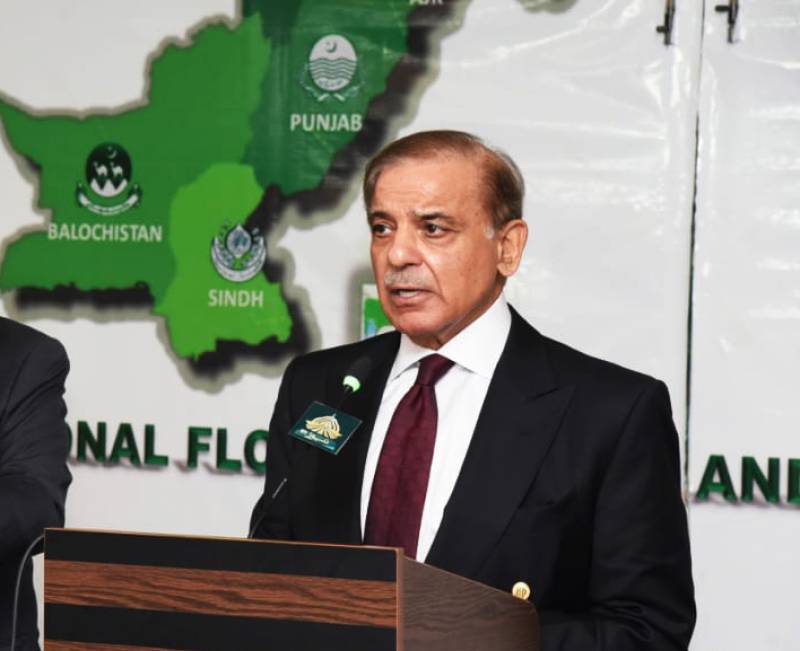 ISLAMABAD – Pakistani Prime Minister Shehbaz Sharif will address the 77th United Nations General Assembly on September 23 with a focus on climate-induced floods that wreaked havoc across the country last month.

The premier will apprise the world of the current situation and future approaches, as the top health authority has warned the government about the deteriorating health situation of millions of victims, terming it as a 'second disaster'.

In a statement, the Prime Minister's Office said the PM will participate in the high-level debate of the 77th Session of the United Nations General Assembly in New York from September 19-23.

Prime Minister Shehbaz Sharif will participate in the high-level debate of the 77th Session of the United Nations General Assembly (UNGA) in New York from 19-23 September 2022. Prime Minister will be accompanied by the Foreign Minister, other members of Cabinet & senior officials

The premier will outline concrete proposals for collectively tackling the existential threat posed by the climate change and share Islamabad’s position and perspective on regional and global issues of concern, including Jammu and Kashmir.

He will participate in the Global Food Security Summit jointly organised by the African Union, European Union and the United States and will join in the leaders gathering on COP-27.

PM Shehbaz will also meet some top world leaders, including US President Joe Biden, the UN Secretary-General as well as heads of international organisations, IFIs and philanthropic organisations.

Foreign Minister Bilawal Bhutto Zardari and other members of the cabinet and senior officials will accompany the prime minister during the UNGA visit.

PM’s crucial visit comes as World Health Organisation has expressed worry over the potential for a second disaster in a flood-ravaged country in form of waterborne diseases.

Stagnant water led to the spread of mosquito-borne diseases in affected regions, including malaria and dengue, while the cholera outbreak worsened the situation in flood-affected regions.

The global health authority earlier formed temporary medical facilities and camps for disease surveillance however a lack of safe drinking water and access to toilets has increased the risks of diseases.

Reports suggest that approximately four million children and women are facing waterborne infections in the recent wave of an outbreak putting many lives at risk.