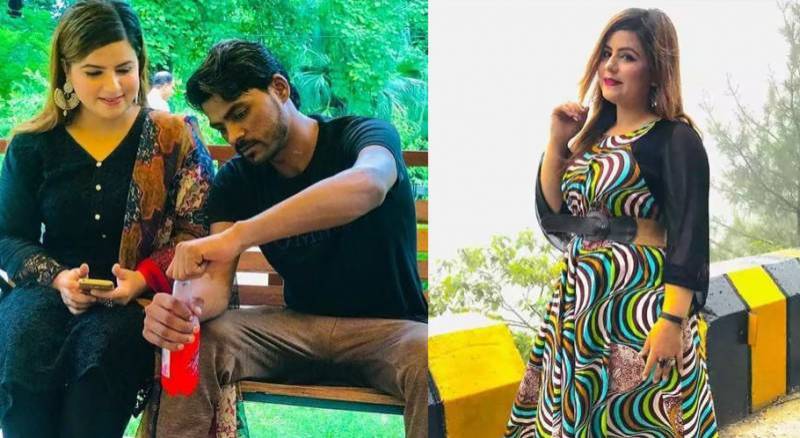 LAHORE – In another major development in the Minar-e-Pakistan harassment case, an alleged audio clip has surfaced during the probe that has exposed the extortion plan of Ayesha Akram and her partner Rambo.

Reports in local media quoting DIG Investigations Shariq Jamal cited that law enforcers got the audio recording from the mobile phone of Rambo, who had been dubbed as a savior by the victim soon after the incident that shook the nation.

Lahore police on Friday apprehended Rambo, along with seven others after a blackmailing complaint was filed by the victim.

After which her partner agreed to negotiate with the families of the suspects.

DIG Khan, following the new revelations, mentioned that the audio recording has been made a part of the case.

The harassment case was unfolded when police nabbed Rambo on the complaint of Ayesha Akram. He is currently in police custody on a four-day physical remand.

Rambo alleged that Ayesha wanted to extort Rs500,000 from all of those named in the case, adding that she also threatened him to send him to jail when he tried to bar him from doing it.

LAHORE – The Minar-e-Pakistan harassment case continues to unfurl, with victim Ayesha Akram and her partner Rambo ...

Police arrested eight more suspects after the victim submitted a new written statement to the DIG (Investigation) to initiate action against Rambo.

Ayesha Akram has alleged that Rambo had blackmailed her and taken Rs1 million from her. Further, she stated that she gave half of her salary to Rambo, who runs a TikTok gang.

Earlier, Ayesha had said that Rambo belonged to a humble family and she supported him financially and treated him like a younger brother.

Back in August, a mob of over 400 men harassed and assaulted TikToker Ayesha at Lahore’s Greater Iqbal Park on Independence Day.

LAHORE – TikToker Ayesha Akram’s partner Rambo has claimed innocence, saying it was not his decision to ...