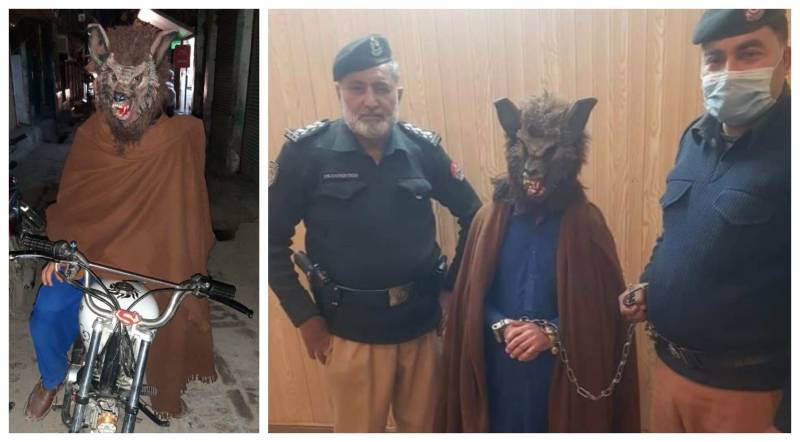 PESHAWAR – Police have arrested a young man for creating panic among children and women on New Year’s Eve by wearing a wolf mask.

The man, identified as Asad Khan, is a resident of Moti Mohalla. He was reportedly making loud noises in front of passersby while riding his motorcycle.

The accused has been kept in custody at Shah Qabool police station.

A werewolf mask was also recovered from his possession.

A case has been lodged under section PPC 107 against the ‘Peshawar wolfman’.

PESHAWAR – Pashto singer Neelum Gul arrested for firing gunshots in the air to celebrate the purchase of a new ...

Soon as his picture from custody went viral on social media, several users even lauded him for wearing a ‘mask’ in wake of the ongoing pandemic.

Naila Jutt, a TikToker with over a million followers, allegedly faked her own death and was able to become a trending ...