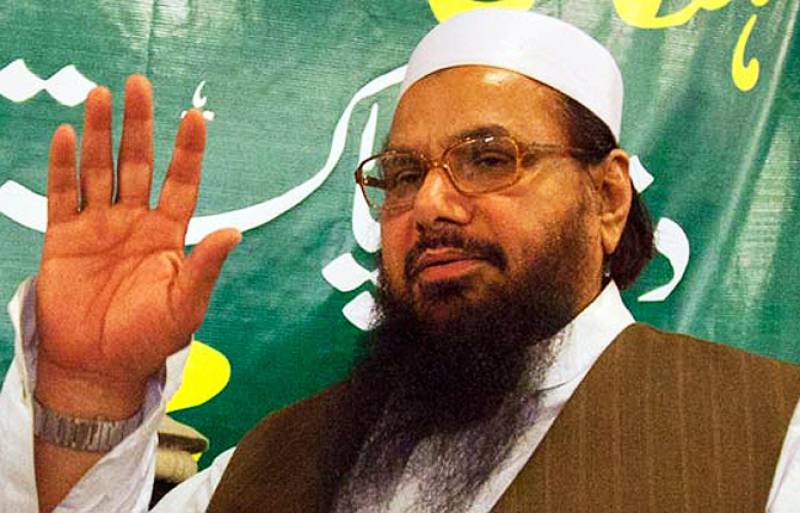 LAHORE (Staff Report) - Jamaat-ud-Dawa (JuD) chief Hafiz Saeed, who is often dubbed as mastermind of 26/11 attacks in India, is not happy with Prime Minister Nawaz Sharif for according a warm welcome to Indian Prime Minister Narendra Modi yesterday.

"It is disturbing that a man whose hands are red with blood of Muslims was warmly greeted by Prime Minister Nawaz Sharif in Pakistan," the JuD chief said in a video message, which he released online today.

Hafiz Saeed said prior to his visit to Lahore, Narendra Modi incited Afghan people against Pakistan in his speech. “Prime Minister Nawaz Sharif took his personal friendship with Narendra Modi to a next level, ignoring the national interest,” he added.

Narendra Modi openly accepted his role in separation of Bangladesh and was a former member of Hindu extremist party RSS, the JuD chief said in his message.

Hafiz further alleged that actually it was India who planned last year's massacre in APS Peshawar to mark the anniversary of Fall of Dhaka. “People of Kashmir are sacrificing in freedom movement and Nawaz Sharif welcomed the oppressor of Kashmir in Pakistan,” he regretted.