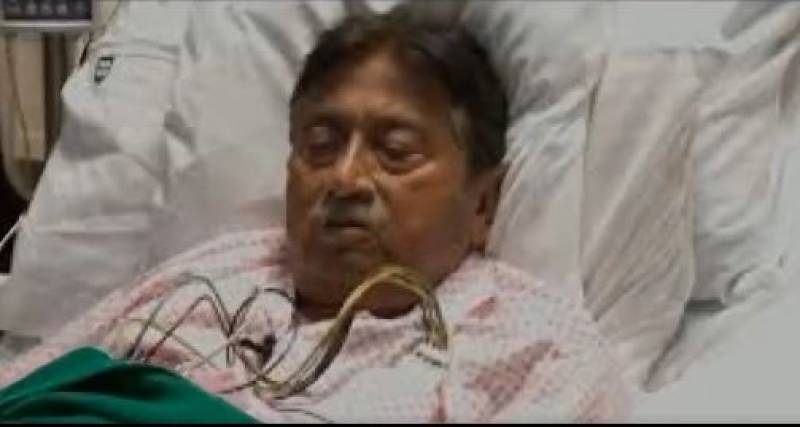 DUBAI – Ever since the army spokesman dropped the hint last week that the military leadership wanted former dictator Pervez Musharraf to be allowed to return to Pakistan due to his critical condition, it has become a hot topic in the country.

However, Musharraf's family has said that "significant medical, legal, and security challenges" need to be considered before making a decision regarding his return to Pakistan.

Musharraf is suffering from amyloidosis, a rare disease in which an abnormal protein called amyloid builds up in organs and tissues throughout the body. His illness first came to light in 2018.

Musharraf, who left the country for Dubai in 2016, had been hospitalised for the past few weeks.

In a statement via Musharraf's official Twitter account on Saturday, the family said: "Communications have been received from official and unofficial channels that [Musharraf's] return home will be facilitated. We sincerely appreciate these overtures since Pakistan is home."

But, the family added that it had to consider "significant medical, legal and security challenges" in this regard.

"An uninterrupted supply and administration of experimental drug Daratumumab [is] needed alongside [the] associated treatment of amyloidosis that are currently not available in Pakistan," the family added.

On December 17, 2019, a special court handed Musharraf death sentence in the high treason case against him.

The former military ruler left the country in March 2016 for Dubai to seek medical treatment and hasn't returned to Pakistan since.